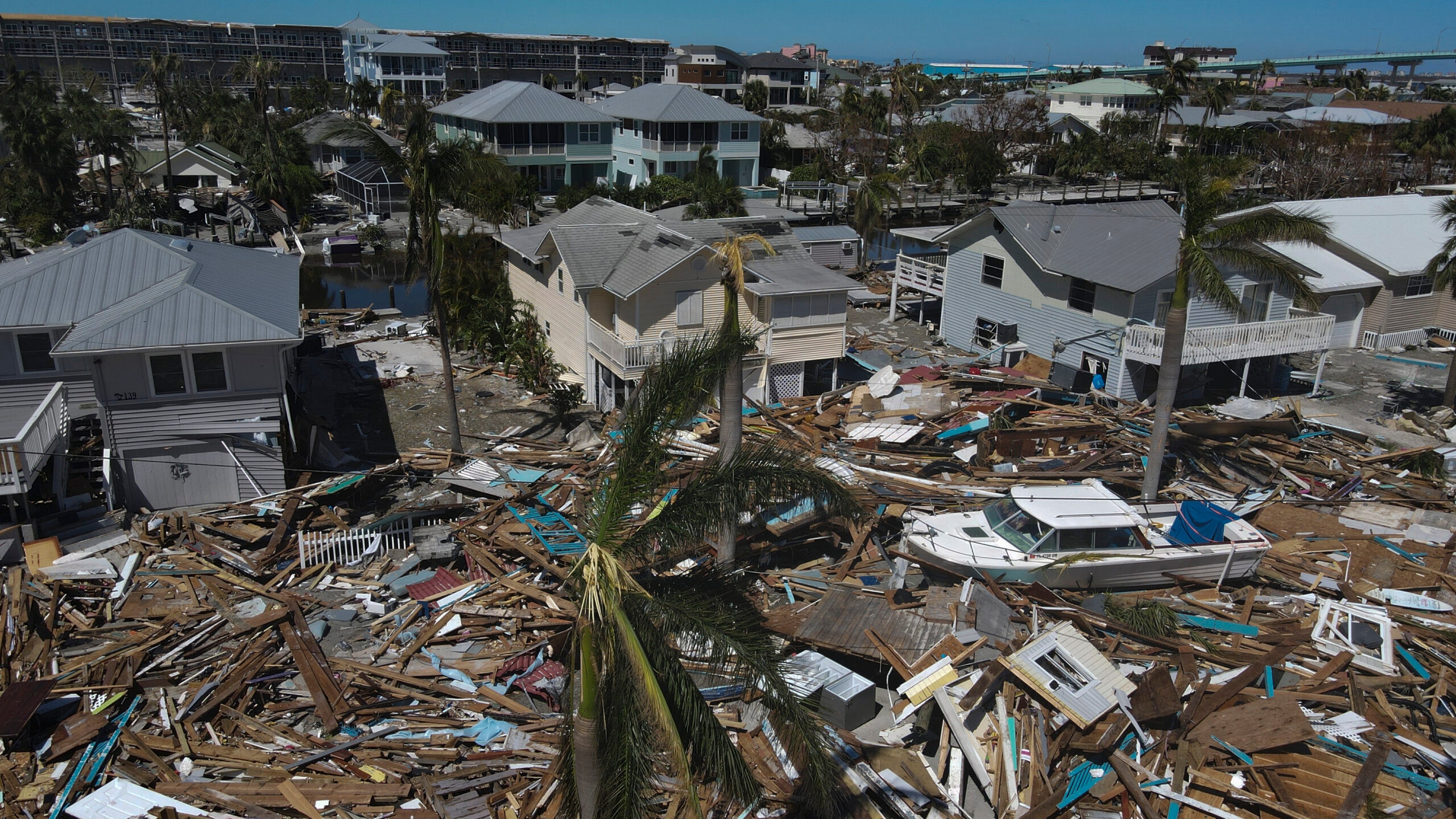 In this photo taken with a drone, debris from destroyed buildings swept from the beachfront lies amid damaged homes, two days after the passage of Hurricane Ian, in Fort Myers Beach, Fla., Friday, Sept. 30, 2022. (AP Photo/Rebecca Blackwell)

Friday, Gov. Tim Walz said the state is sending a team of first responders to help with relief efforts in Florida.

The move comes as the death toll rises and as rescuers search for survivors among the ruins of Florida’s flooded homes from Hurricane Ian.

RELATED: Dozens dead from Ian, one of strongest, costliest US storms

“I’m grateful to those who answered the call to provide aid and keep people safe,” Walz said in a social media post. “That’s what Minnesotans do – when disaster hits, we step up to help out our neighbors.”

Trey Titcomb—who moved with his wife and children to Naples, Florida, from Minnesota in 2020—told 5 EYEWITNESS NEWS Reporter Richard Reeve he and his family are seeing significant damage amid flooded streets.

“It looks like a bomb went off,” Titcomb said. “There’s debris everywhere.”

The powerful storm terrorized millions of people for most of the week, battering western Cuba before raking across Florida from the warm waters of the Gulf of Mexico to the Atlantic Ocean, where it mustered enough strength for a final assault on South Carolina.

Now weakened to a post-tropical cyclone, Ian was expected to move across North Carolina then into Virginia and New York.