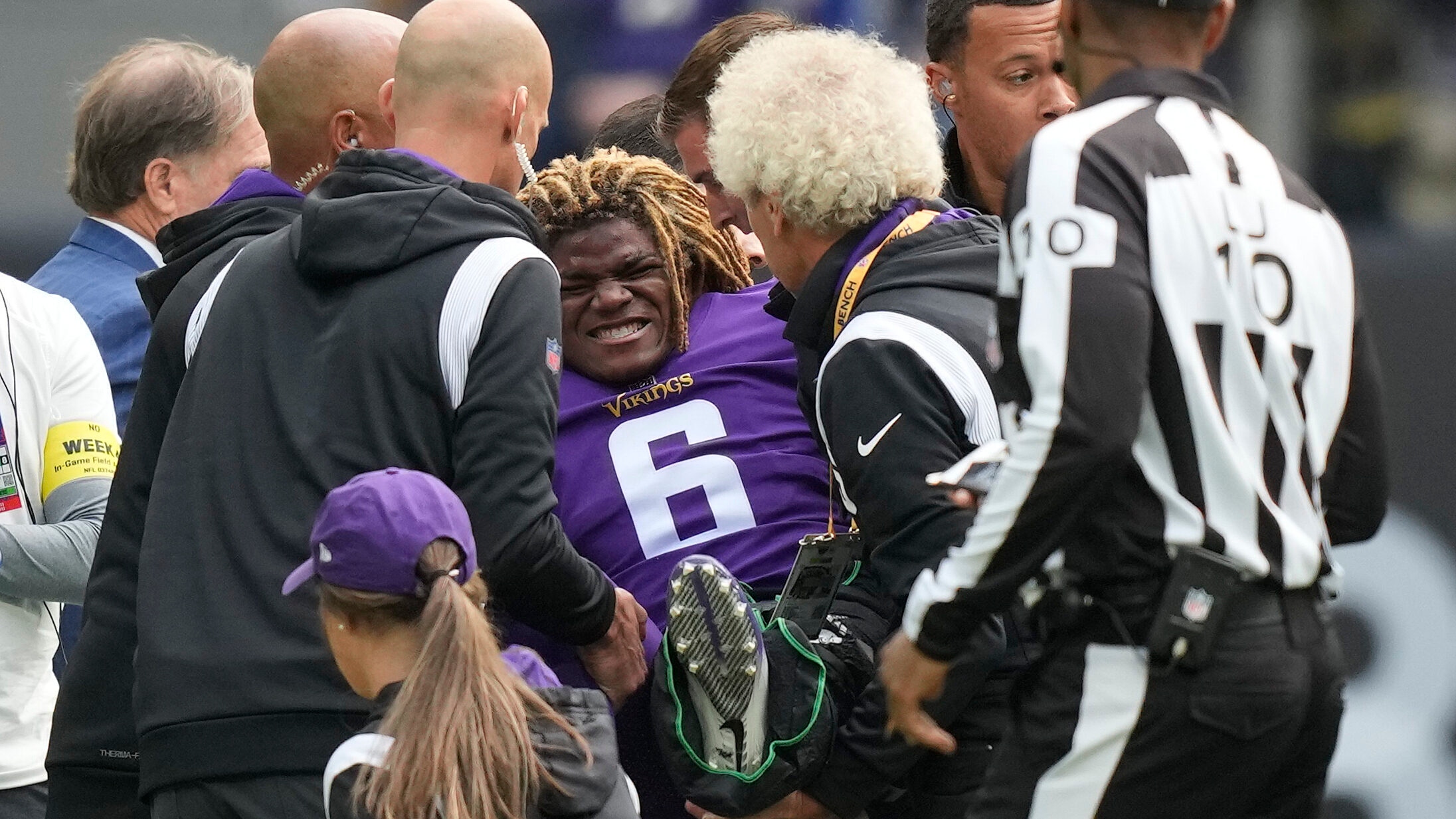 Minnesota Vikings safety Lewis Cine (6) grimaces as he receives treatment after an injury during an NFL match between Minnesota Vikings and New Orleans Saints at the Tottenham Hotspur stadium in London, Sunday, Oct. 2, 2022. (AP Photo/Frank Augstein)

Minnesota Vikings safety Lewis Cine is preparing for surgery Tuesday after suffering a “lower-leg fracture” in Sunday’s game against the New Orleans Saints.

Cine was carted off the field in the first quarter at Tottenham Hotspur Stadium in what coach Kevin O’Connell described as a “very tough moment for our team.”

According to the Vikings, Cine underwent a successful preparatory procedure before his surgery Tuesday.

After Cine’s surgery Tuesday, the team reports a member of its medical staff will stay with him in London until he is able to return to the United States.

The team reports Cine “is in great spirits.”