Friends and family gathered Thursday night in Bloomington, Indiana, to remember a Minnetonka High School grad who was killed in a hit-and-run crash over the weekend.

Nate Stratton, a 20-year-old junior at Indiana University, was killed Sunday when a suspected drunk driver hit him while he was riding an e-scooter, according to reporting from WRTV in Indianapolis.

“I can never express what it meant to be a sister to my brother,” Nate’s sister Ceci Stratton said at Thursday’s vigil. She and other speakers wore Nate’s clothes for the gathering. “And I wish I could live the hundreds of lives that he touched if it meant learning just a little bit more about him.”

He was also a member of the Team Gilboa Ski Team, which mourned his death in a social media post. 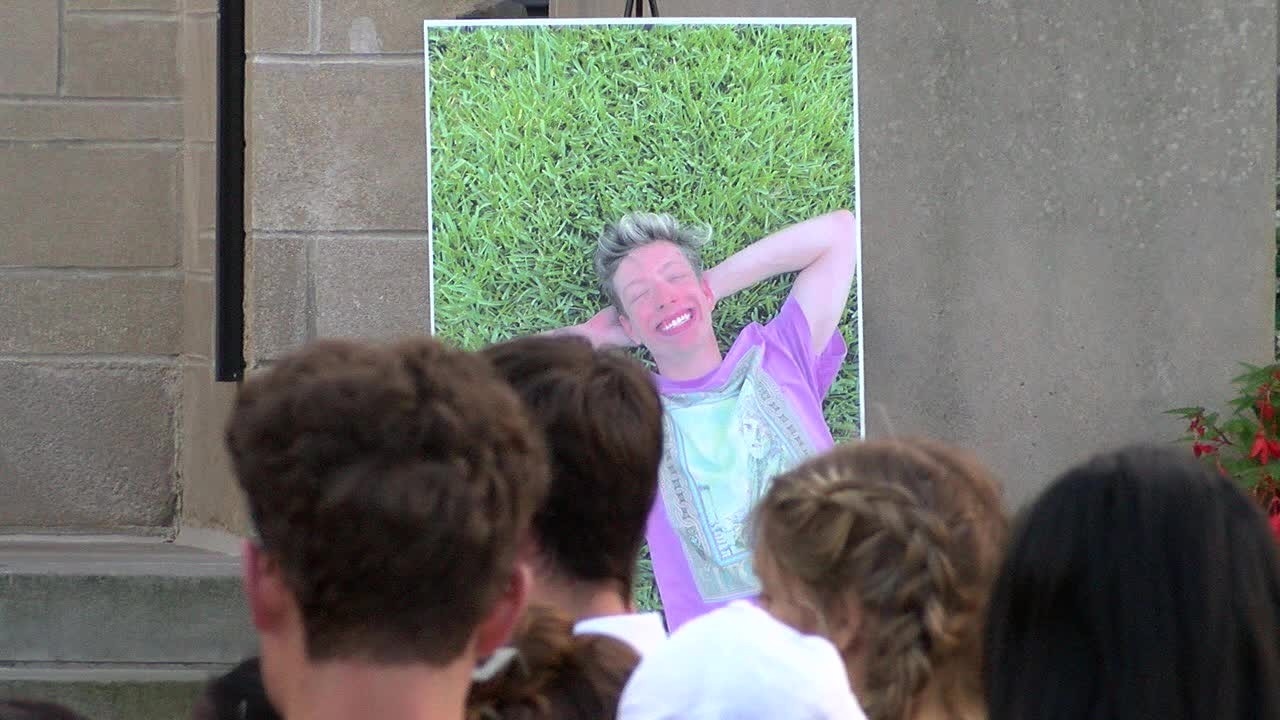 A photo of Nate Stratton is shown at a vigil Thursday, Sept. 22, 2022, in Bloomington, Indiana. Stratton, a Minnetonka High School graduate and a junior at Indiana University, was killed by an alleged drunk driver while he was riding an e-scooter. He was 20 years old.(WRTV)

“Beyond being an athlete, student, teammate, friend, brother, and son…Nate was an exemplary human being and had a wonderful soul. His empathy for others was unmatched,” the ski team wrote.

A crash report shows a woman was driving between 50 and 70 mph and swerved into a bike lane, hitting Stratton and dragging a scooter for roughly half a mile.

The alleged driver, Madelyn Howard, faces three felony charges in connection with the crash: reckless homicide, leaving the scene of an accident and causing death when operating a motor vehicle while intoxicated.