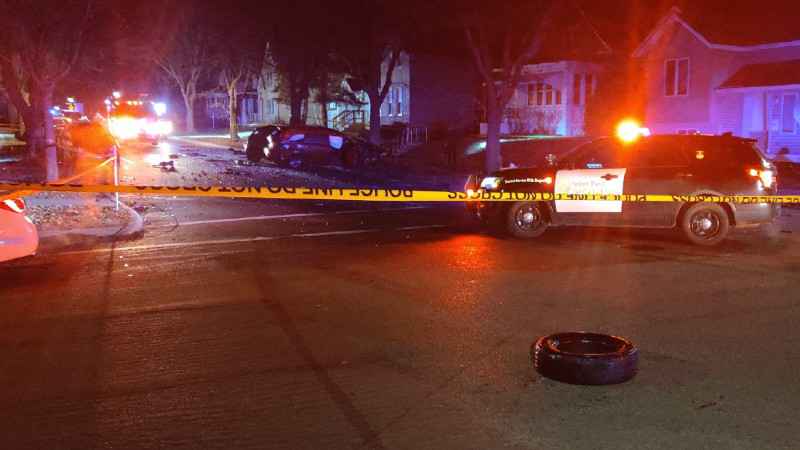 A 23-year-old victim is in critical condition and a suspect fled the scene after a severe crash in St. Paul early Friday morning.

According to the St. Paul Police Department, at 12:35 a.m., officers were reporting to the intersection of Third Street East and Mendota Street for a crash.

When they arrived at the scene, they saw two vehicles with significant damages. Officers found a 23-year-old man who had been pulled out of his car by a good Samaritan.

The victim was gravely injured. Officers rendered aid and called for St. Paul Fire paramedics, who responded and transported the victim to Regions Hospital. The victim is in critical condition, said police.

Officers spoke to a witness at the scene who told them the victim was driving a gray Mitsubishi traveling northbound on Mendota Street when it was struck by a red Dodge Journey traveling westbound on Third Street East.

Police said witnesses told the officers that they saw a suspect run away from the scene.

The SPPD Forensic Services Unit responded to process the scene. Both vehicles were towed to the SPPD impound lot.

No arrest has been made at this time. The cause of the crash remains under investigation; it’s unclear if drugs or alcohol played a role in the incident.