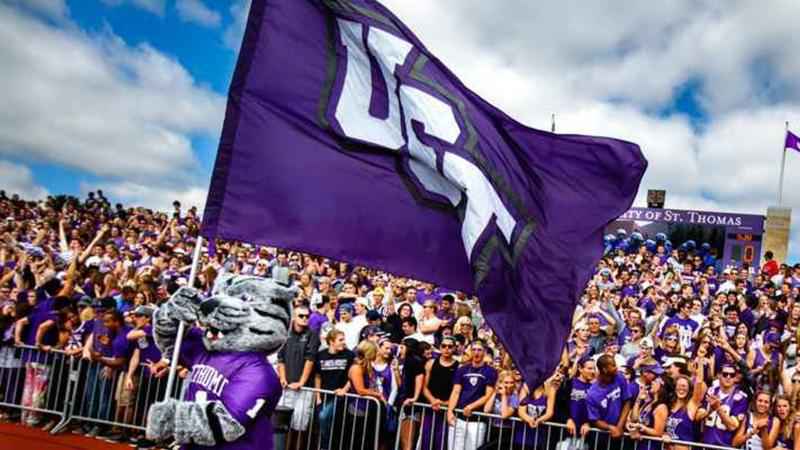 The University of St. Thomas’ 2021 home-opening football game against St. Francis (Illinois) has been canceled due to COVID-19 protocols.

The game was originally scheduled for Sept. 4. St. Thomas is searching for a replacement opponent to play at O’Shaughnessy Stadium for the same date, or on a date later in the season.

The Tommies are preparing for their first season as a member of the Pioneer Football League following last summer’s approval from the NCAA to transition from Division III directly to Division I.

"Our football program deserves great credit for its approach after a very long layoff between games," said Phil Esten, St. Thomas’ vice president and director of athletics. "Our players and coaches have a 100-percent vaccination rate as a team. They continue to do everything they can to prepare and put themselves in a position to have a successful fall season. Coach Glenn Caruso continues stressing the importance of remaining physically and mentally ready to compete."

After Sept. 4, The Tommies will hit the road for two games against Michigan Tech and Northern Iowa, respectively.