The University of Minnesota’s Raptor Center is celebrating a milestone.

Recently, the clinic admitted its 30,000th avian patient since it opened back in 1974.

“I knew we were getting close,” said Lori Arent, assistant director at The Raptor Center. “I can’t even explain it, it was just super exciting to know that we’ve had an impact in the lives of 30,000 birds.”

The red-tailed hawk, injured after becoming entangled in poultry netting, is now being treated. It’s expected to start flight training for an eventual release in the coming weeks.

Since it was started in Haecker Hall on the St. Paul campus by Drs. Gary Duke and Pat Redig, The Raptor Center has continued to grow. 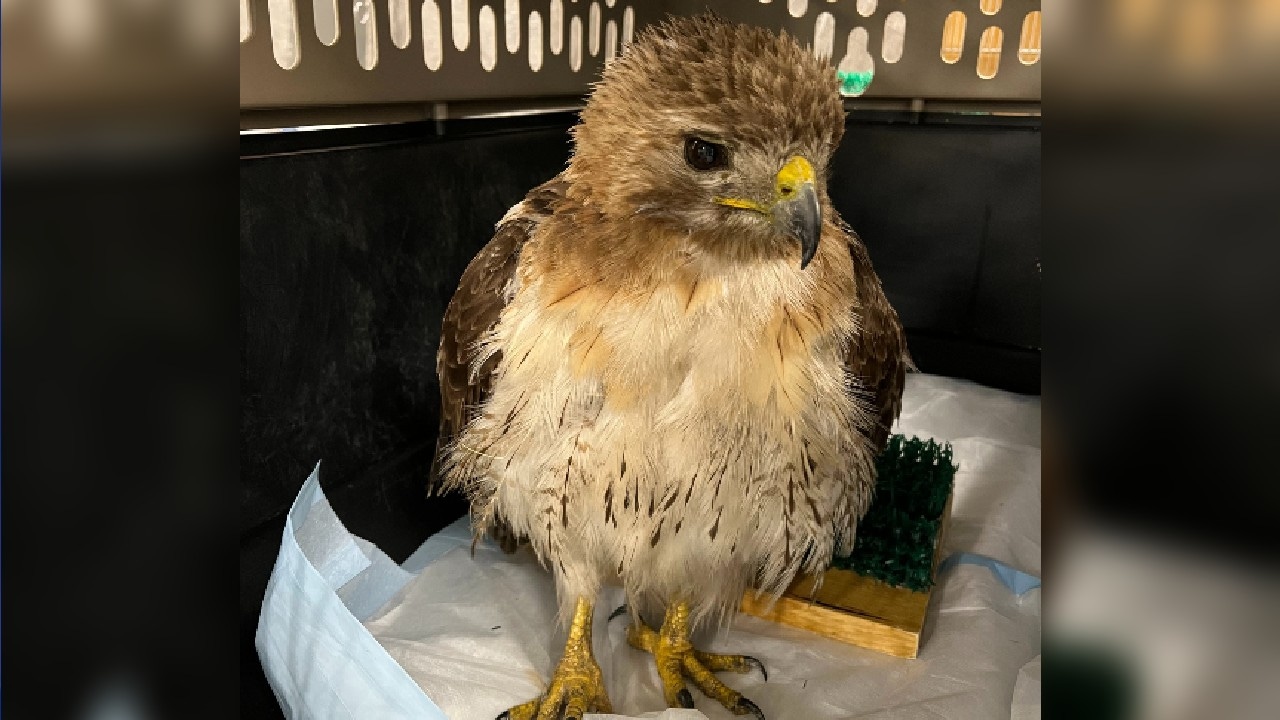 Over the past 48 years, the center reports it has seen a tenfold increase in annual admissions and now treats around 1,000 raptors per year.

The clinic has seen the population of peregrine falcons and bald eagles restored to the point they were removed from the endangered species list, worked to increase urban raptor populations and reduce pole trap and other entrapment injuries.

“Those were huge milestones,” said Arent. “Feeling like I had even a little part of that is really special and it makes my work worthwhile.”

This spring, it dealt with the surge of avian influenza cases. While that surge has slowed significantly, the clinic last week reported its first confirmed case of the bird flu since July.

“Certainly the biggest challenge we’re facing now is avian influenza,” said Arent. “We really had to very quickly develop biosecurity protocols that are going to keep our patients safe.”

She detailed the quarantine process birds now go through when they arrive at the center.

“Any bird goes into that space first, they’re tested for avian influenza,” she said. “If they’re negative they have to stay negative for 5 to 7 days, they’re tested again and then they’re brought into the building.”

Another week of quarantine follows. This strain of avian flu affects raptors more than previous outbreaks, according to Arent.

“The virus is so contagious,” she said, and told us it’s one of the greatest challenges they’ve faced at the center. “I think it’s pretty high up there because it’s going to affect current practices but also what we do in the future.”

While treating thousands of raptors, the center also trains future avian experts and puts on educational programs and events at The Raptor Center, virtually and at other locations — including one this weekend at the Bell Museum — to inspire others. Visitors can also schedule a tour of the facility online.

For all of the work the clinic does, it relies largely on public support, which makes up 60% of its annual budget. Those interested can make a donation here or offer to volunteer here.