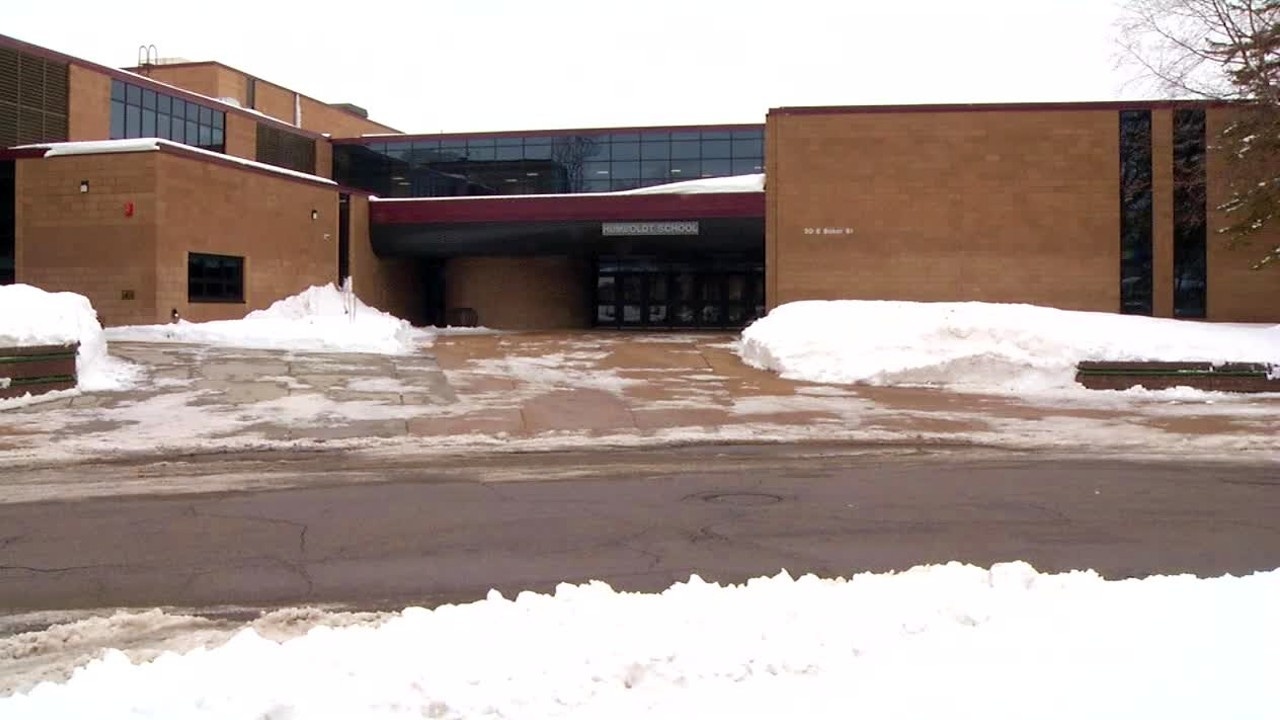 The St. Paul Police Department says officers were called to Humboldt High School at around 9:45 a.m. on a report of a few students involved in a physical confrontation with staff.

When officers arrived, they found two staff members suffering from minor injuries. Both were treated at the scene.

The staff told officers that they suspected a male student had a BB gun on him so they brought him into an office along with two others who staff believed were possibly involved.

While the student accused of having the BB gun was taken into the office and a metal detecting wand was used — and indicated he had something metal on his waist — the other two male students outside the office became agitated and tried to free the other student from the office.

One of the staff members used pepper spray to stop the students, who then ran out of the school and weren’t found by officers.

The metal on the student in the office turned out to be a jar of suspected marijuana. Police say that student was cited and released to a parent.

No weapons were seen at the school, police say.

The incident comes a day after police responded to the school on a report of a student in possession of a gun. Officers searched the school but didn’t find the student in question or a gun, according to St. Paul police, and no threats were reported.

I’m writing to make you aware of an incident that happened at school today. We received a report that a student may have brought a weapon into school.

As soon as a report of a weapon was made, administration and our on-site security staff quickly responded, followed our safety procedures and contacted the SPPS Security and Emergency Management team and the Saint Paul Police Department for support. An investigation took place, and no weapon was found. The building was secured during our lockdown for approximately one hour and all students were safe.

We are committed to keeping the Humboldt and OWL complex a safe place to learn. We are working with the SPPS Security and Emergency Management team to have extra security in place on Tuesday.

There are serious consequences for students who bring weapons to school. We will follow our discipline procedures as outlined in the Student Rights and Responsibilities Handbook.

Students are often aware of situations before adults, so please remind your child that it is important for them to immediately report concerns to a trusted adult. This helps us take quick action to ensure the safety of all students. Concerns may also be submitted on the Tipline on the MySPPS app or online at http://www.spps.org/safety.

If you have any questions or other concerns about school, please call me at 651-293-8600. Thank you for supporting your child and Saint Paul Public Schools.