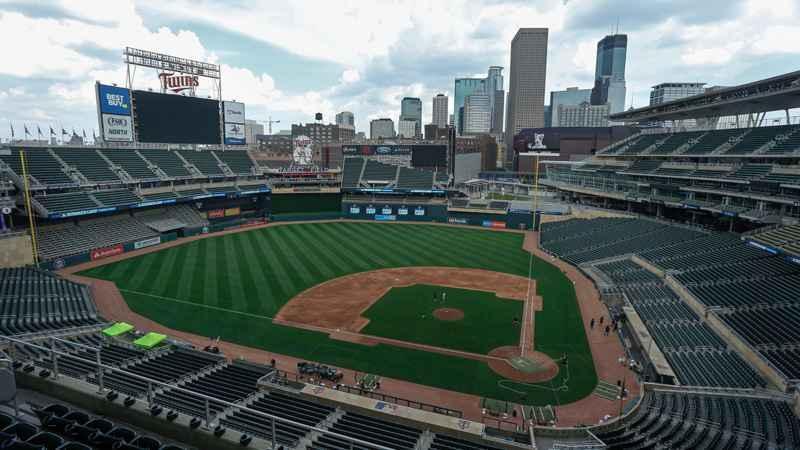 The Minnesota Twins grounds crew prepares the field between sessions at a baseball camp Friday, July 3, 2020, in Minneapolis.[AP Photo/Bruce Kluckhohn/File]

Tuesday, on the one-year anniversary of George Floyd’s death, the Minnesota Twins will hold several pregame events in recognition of the work being done to create an equitable society.

The team said it will show a pair of videos in Target Field articulating the club’s commitment to support positive change focused on racial equity and social justice, and spotlighting the important actions the team, its ownership and nonprofit partners are taking to bring change.

Twins front office employees and those from various Pohlad Companies will line up on the left field warning track while wearing Twins "End Racism" shirts as a symbol of solidarity.

Private First Class Nita K. Posey, who has worked with Minneapolis Public Schools since 2014, will raise the American flag.

The National Anthem will be sung by renowned local artists NUNNABOVE.

Finally, the club will distribute more than 250 copies of the children’s book "Justice Makes a Difference — The Story of Miss Freedom Fighter, Esquire," by Dr. Anika Tyner and Jacklyn Milton, to local youth.

First pitch for the Twins game against Baltimore is set for 6:40 p.m.