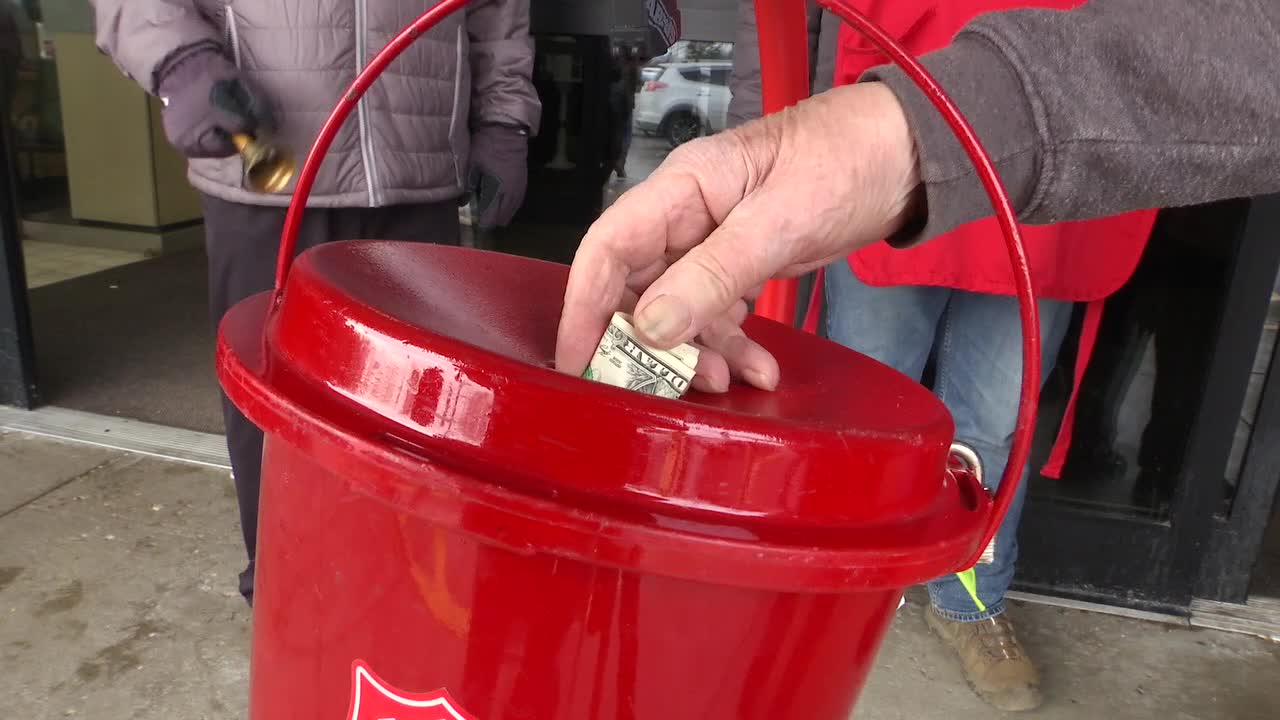 A man inserts a dollar bill into a Salvation Army collection kettle Friday, Dec. 2, 2022, outside Lunds & Byerlys in Roseville. (KSTP)

The Twin Cities Salvation Army is asking for the public’s help in reaching its Christmas fundraising goal.

“Inflation also puts pressure on charitable giving, and we’re seeing the effects of that pressure this giving season,” said Lt. Colonel Dan Jennings, Salvation Army Northern Division commander, in a news release. “The unfortunate outcome of this shortfall is that we may not be able to help all of the individuals and families we had planned on helping.”

According to the Salvation Army, nationwide, the organization has seen a 30% increase in requests for services because of the impact of inflation.

To make a donation, you can visit SalvationArmyNorth.org, text MATCH to 24-365 and follow the instructions or mail a check made out to the Salvation Army to their Roseville location at 2445 Prior Ave N, Roseville, MN 55113.