Authorities say one person is recovering from injuries Tuesday after a crash involving a school bus on Interstate 35W.

According to the Minnesota State Patrol, the crash happened near the Washington Avenue exit on southbound I-35 around 7 a.m.

The crash involved a school bus and a truck. Authorities say there weren’t any kids on the bus at the time of the crash.

The State Patrol says the driver of the bus was taken to Hennepin County Medical Center for injuries not considered to be life-threatening, and the truck driver was cited for duty to drive with due care, as well as not having a driver’s license. 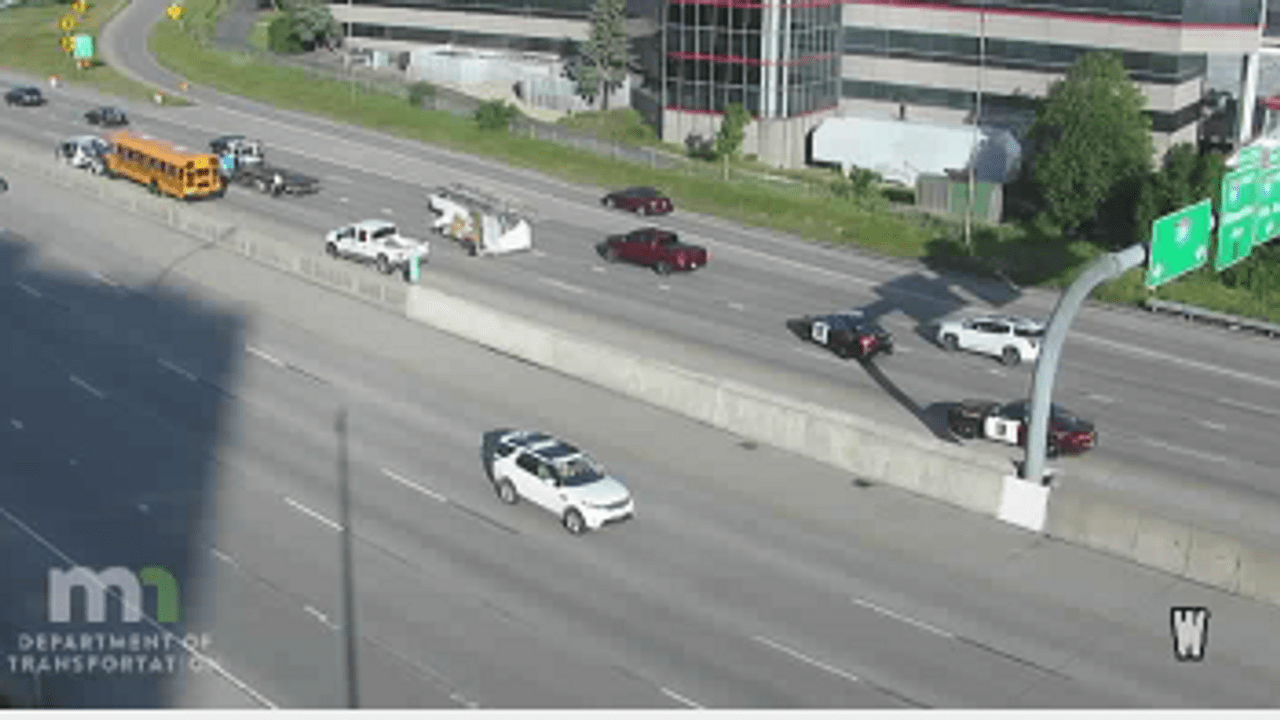 Due to delays in the area, drivers were advised to find an alternate route, such as Highway 280.