Fresh off his win in the “cutest canine” contest, a security dog at Minneapolis-St. Paul International Airport has retired.

Wednesday, a retirement party was held for 11-year-old Eebbers — who was named the winner of the Transportation Security Administration’s 2022 cutest canine contest — and his handler, Jean Carney.

Eebbers has worked at MSP since 2015 and has helped keep people safe at several major events, including two Super Bowls, the Special Olympics World Games, an NCAA Football championship game and the Indianapolis 500.

Carney says Eebbers was about 14 months old when she became his handler and they were the first K9 team at MSP. 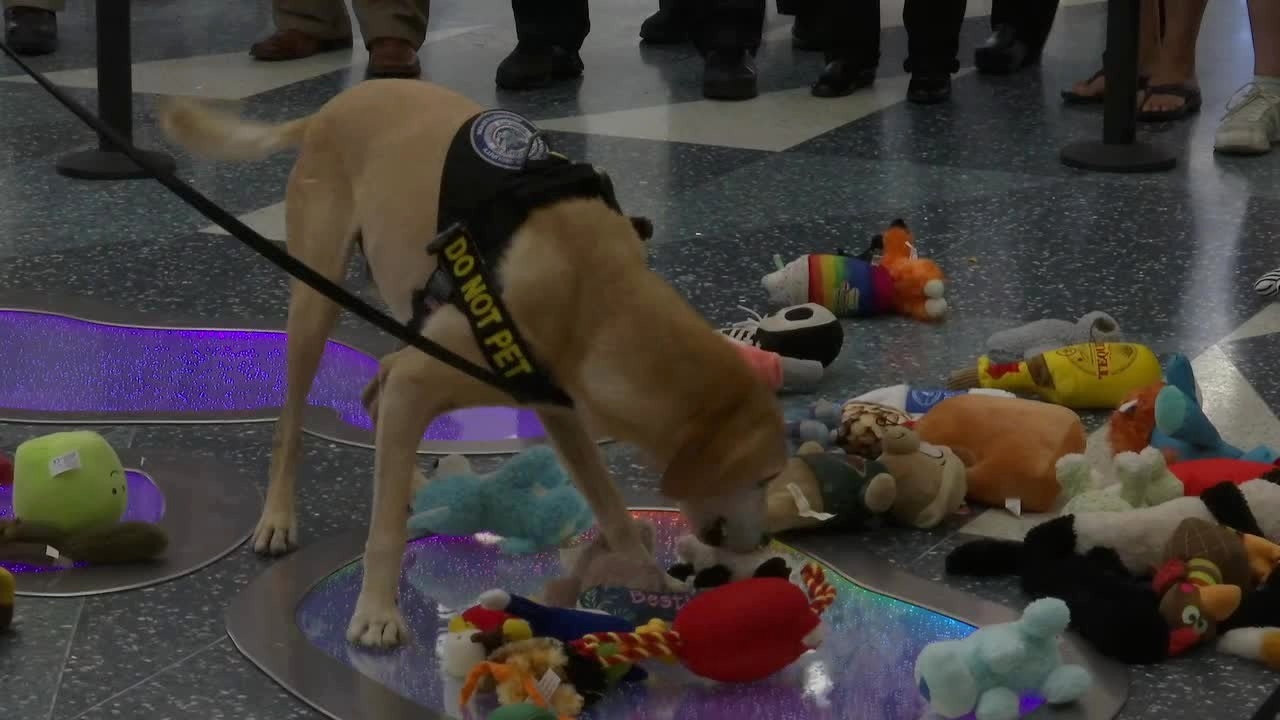 “He brings me to work every day. So he’s the one who gets up every morning, when I put that TSA shirt on, he knows that we’re ready to go to work … everybody at the checkpoint can tell you he smiles every morning,” Carney said of Eebbers.

Carney added that she was ready to retire and “we’re a package deal.”

As for retirement plans, Carney said they’re going to go to the lake, “swim all day” and enjoy relaxing at home.