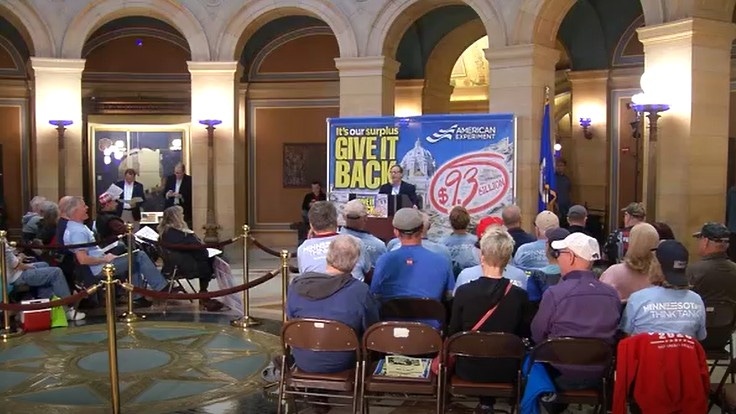 A rally for lower taxes at the Minnesota State Capitol (KSTP).

A group of people rallied at the Minnesota State Capitol Saturday afternoon in favor of more tax cuts.

The Center for the American Experiment hosted the event and called on Governor Tim Walz, along with other state lawmakers — to use the state’s $9.25 billion projected budget surplus — to implement permanent tax cuts for Minnesotans.

Governor Walz and DFL lawmakers have been cautious about pushing for permanent cuts.

They want direct payments to taxpayers instead.