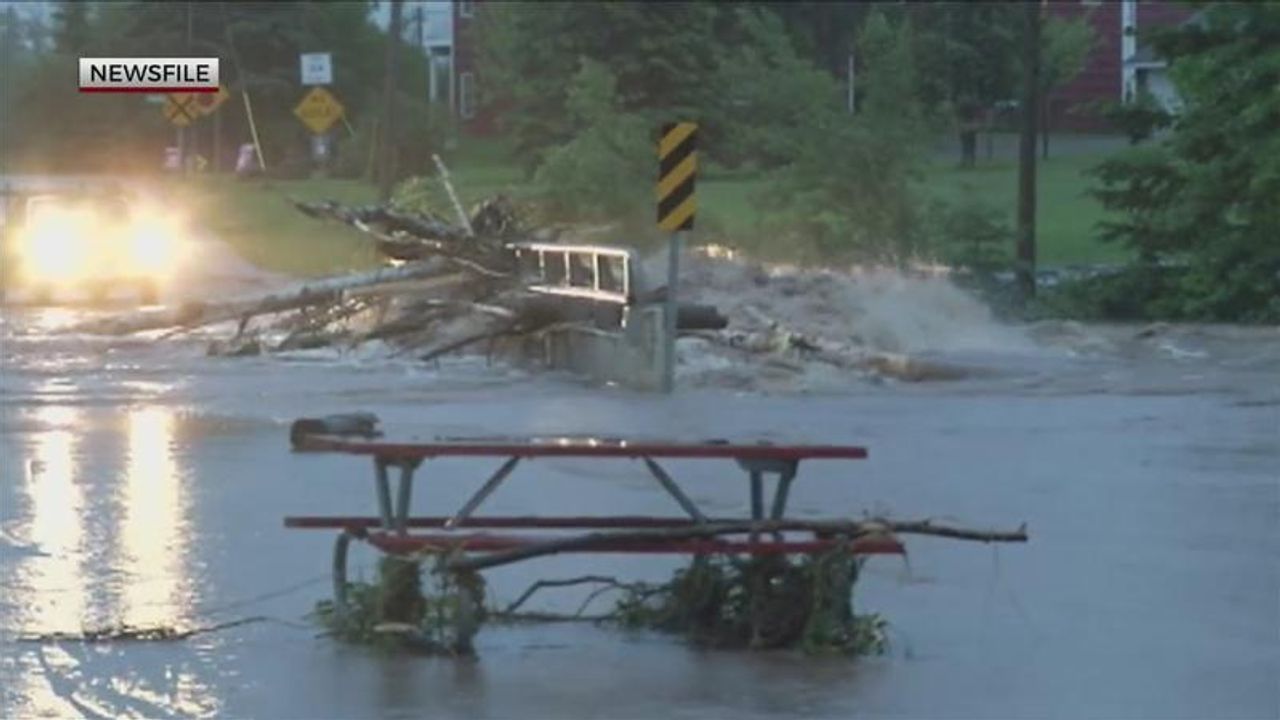 An archive photo shows flooding in Duluth in June of 2012. Credit: WDIO

Hubbard affiliate WDIO-TV reports Sunday and Monday mark the 10-year anniversary of the 2012 flood, when thunderstorms repeatedly formed over the Twin Ports and along Interstate 35, as well as the North Shore.

The week before the flood, roughly 2-4 inches of rain fell across the region, causing the soil to become prime for runoff, according to the National Weather Service.

“And so when we got all the rain that we got from the flood, Duluth received about 7.25 inches, which set a new daily record for rain. So all that rain fell on top of already saturated soil. So all it could do was run off and, you know, pummel everywhere and run down the hills of Duluth. And that’s exactly what it did,” National Weather Service meteorologist Joshua Sandsrom said. “If you do the math, it comes out to be roughly a one-in-500-year flood. So that basically means it’s a very, very rare event.”