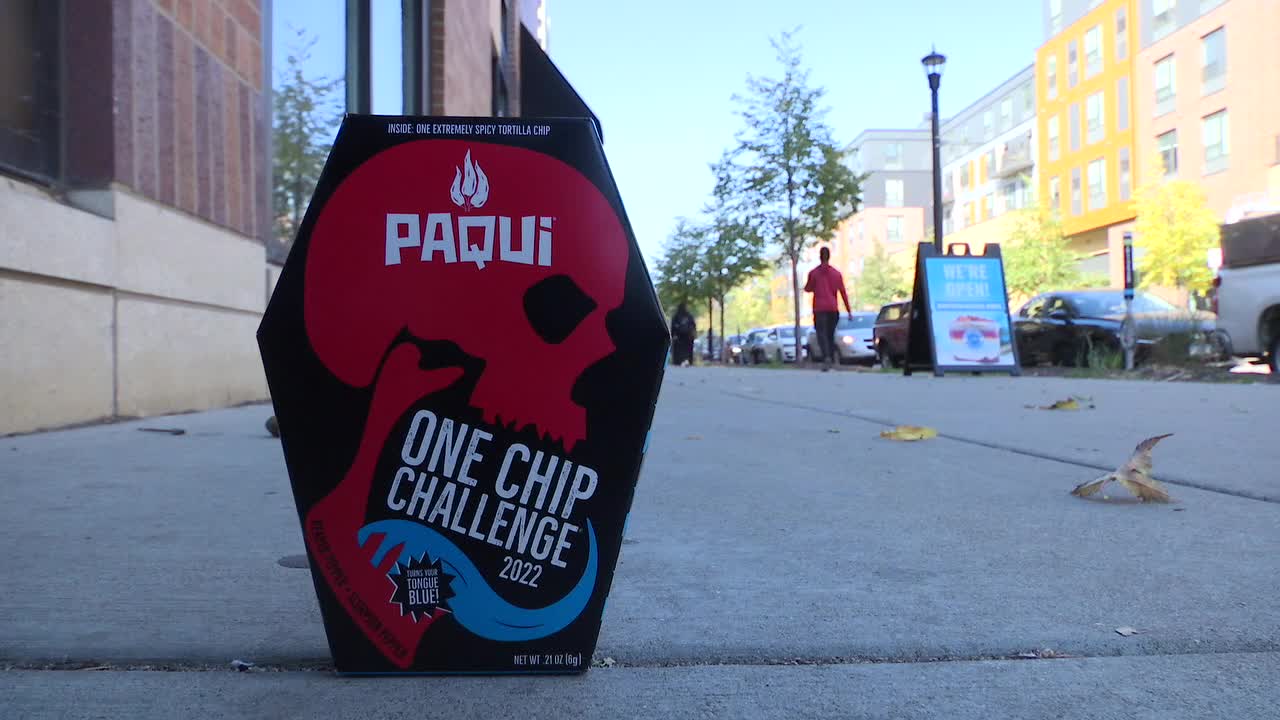 The viral social media trend involves eating a Paqui-brand tortilla chip caked in a seasoning that contains Carolina reapers and scorpion chiles, some of the world’s hottest peppers.

According to Edina Public Schools, multiple students were given medical care after attempting the challenge. Some students who were “exposed to chip dust” were treated for eye pain, and the school called an ambulance in response to reports of breathing trouble, but no students were transported off campus.

“Please speak with your children about the dangers of participating in this and other potentially harmful internet challenges,” Edina Public Schools said in a letter to families. “Attempting these challenges at school is unsafe and disruptive to student learning. Students who attempt such challenges at school will be disciplined according to district policy.”

Administrators have disciplined the student who brought the chips to South View, the school district said.

As previously reported, the capsaicin content in the One Chip Challenge acts as an irritant and can cause health complications, which are mainly gastrointestinal in nature. Several states have reported hospitalizations from the chips, and school districts around the country have issued health and safety warnings as well.

In a statement provided to 5 EYEWITNESS NEWS, a Paqui spokesperson said the One Chip Challenge includes a safety disclaimer on the packaging that states the chips “should not be ingested by individuals who are sensitive to spicy foods, allergic to peppers, nightshades, or capsaicin, or who are minors, pregnant or have medical conditions.”

“The challenge can be fun for those who understand what they are taking on, but nonetheless, we hope that people considering taking this challenge will first read the packaging carefully to avoid a negative experience,” the statement continues.