Hubbard-owned affiliate KAAL-TV in Rochester reports a vehicle stalled out in flood waters in Albert Lea Tuesday, with many areas of the city experiencing significant amounts of water over roadways.

According to KAAL’s Chief Meteorologist Chris Kuball, the radar showed estimates of 2-5 inches of rain Tuesday.

Floodwaters gushed into the Hensches’ home.

“I ran up the stairs and was like, ‘Dad, dad … we’ve got some water’ … he comes running down,” Lucas Hensche said.

Hensche said he couldn’t believe his eyes as water filled his bedroom. 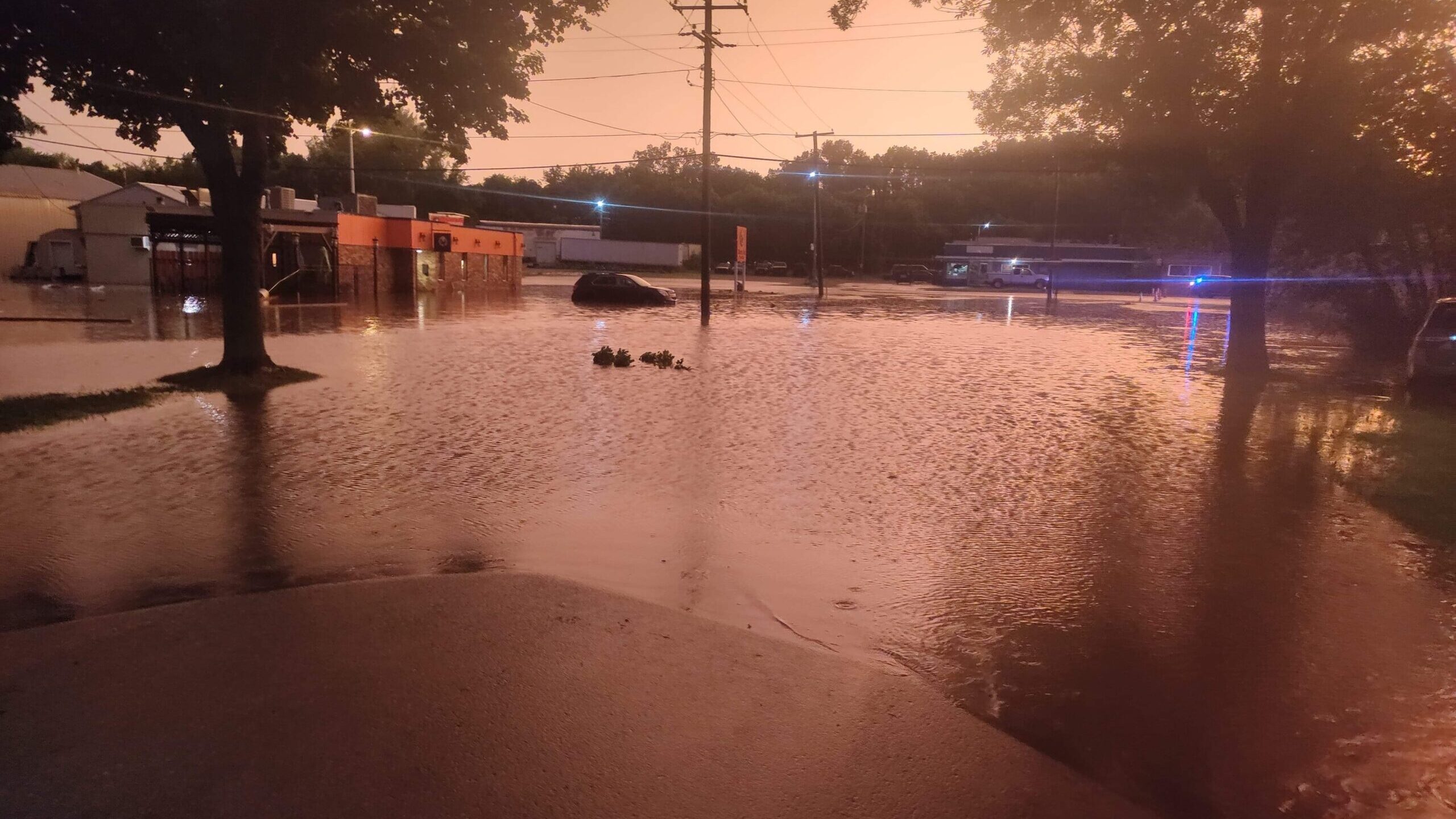 “The whole water out there was like a lake … the sides were coming over … there really wasn’t much time,” he explained.

His dad, Dan, quickly realized the family needed to get out anything that they could.

“I told my kids to grab this, grab that, the tv, grab your Xbox, grab your computer, your letterman’s jacket, it’s going to fill up fast,” Dan Hensche said.

In 20 minutes, more than three feet of water filled their Alden home.

“This whole line right here, that’s was the water up to. I’m about 6-foot and that’s halfway up,” he added.

The strong rainstorm caused the flash flooding in their part of town Tuesday night in Freeborn County. A little down the block, the fire department had to help a woman after the force of the floodwaters knocked her home’s stone foundation in. Fortunately, she wasn’t hurt.

Some parts of the community got more than five inches of rain in just over a three-hour stretch.

“Lot of stress watching everything you own, literally, just get wrecked,” Dan Hensche said.

Wednesday, the family tried to figure out what is next while working to salvage what they could. They also expressed appreciation for the firefighters who came late Tuesday night to pump floodwaters out of their home.

“They said they come pump us out, which is great, that was a really stress-reliever,” Hensche said.

The family has set up a GoFundMe to help pay for the costs.

Albert Lea officials reported “significant damage” that city crews were out working to address. However, no injuries were reported and the cost of the damage was still being assessed Wednesday afternoon.

Gusts of nearly 70 mph were also reported at the Mason City Municipal Airport.

The rainfall comes as a large chunk of southern Minnesota is experiencing abnormally dry conditions, according to a drought monitoring map released Thursday, June 30. The data shown on the map is valid as of 7 a.m. on Tuesday, June 28. CLICK HERE to see drought conditions across the country.

The storms also helped create the orange and yellow sky spotted by many in the Twin Cities Tuesday evening.

According to the NWS, the unusual color was nothing more than lucky timing as several natural phenomena coincided.

CLICK HERE to send in photos you took of Tuesday’s sunset.