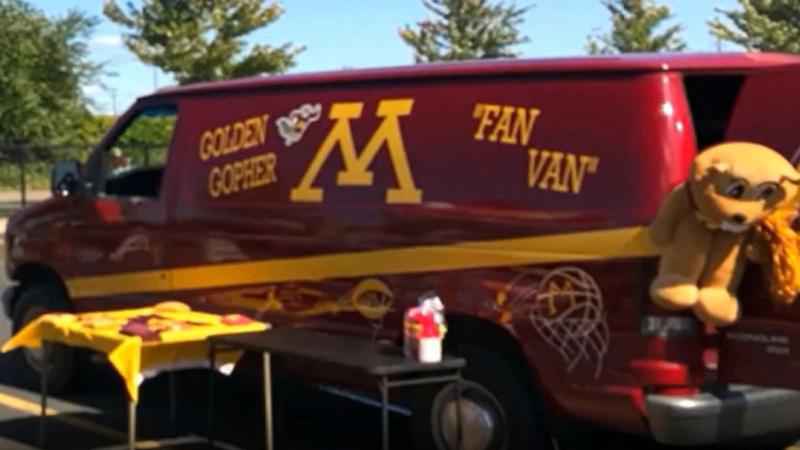 Good news for Gophers fans: The stolen "Fan Van" has been found.

According to the owner, the University of Minnesota Golden Gophers "Fan Van" was stolen Saturday in Dinkytown, from the parking lot of the True North Building.

The owner of the "Fan Van," who is an avid Gophers booster and university alum, asked for the public’s help in finding the van.

On Friday, the owner gave an update that the van was found in Golden Valley and was then taken to an impound lot.

The van has been used at tailgates and parties for the past 13 years.