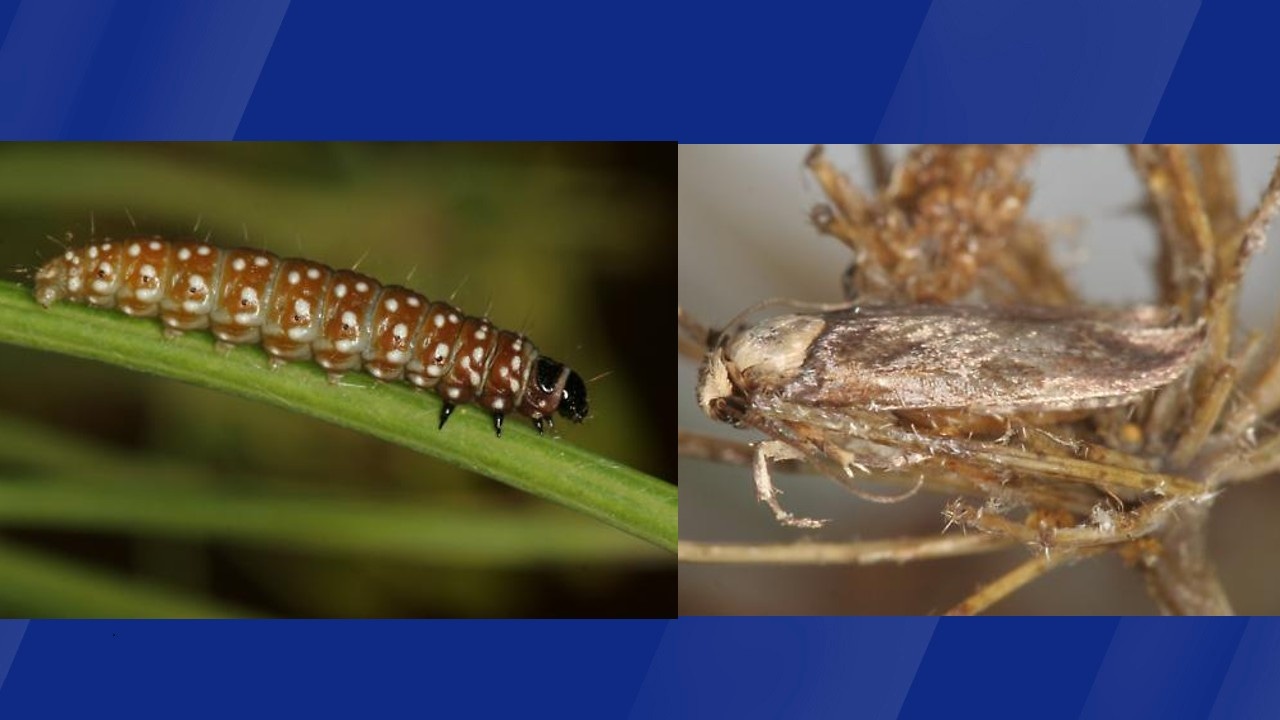 The MN Dept. of Agriculture says the purple carrot-seed moth, an invasive species, has now reached the state. Credit: BugGuide

The Minnesota Department of Agriculture says another invasive species has now reached the state.

According to the agency, the purple carrot-seed moth, which feeds on plants such as dill, fennel and coriander, has been spotted in the state for the first time.

The moth is native to Western Europe, Russia and China, and was first discovered in North America in 2008. While it was previously been found in southern Canada, Michigan, Indiana and Illinois, it didn’t reach Wisconsin until 2018 and Iowa until 2020.

State officials say the moth was reported near Stillwater after a resident found it on their dill plants, and a second sighting came in from Montgomery just days later.

The caterpillars are described as being dark green or red in color, with multiple white spots on their bodies. They not only feed on flowers, but also tie the floral parts with webbing, and can make certain herbs unusable, according to the state.

After becoming a pupa in webbing, state officials say they emerge as moths a short time later and are purple and gray in color.

If you see the caterpillar, you’re asked to report it by calling 1-888-545-6684, or by CLICKING HERE. Make sure you have a photo of the insect when making your report.