State Patrol: Woman pointed fake gun at trooper in incident that shut down I-94 in St. Paul 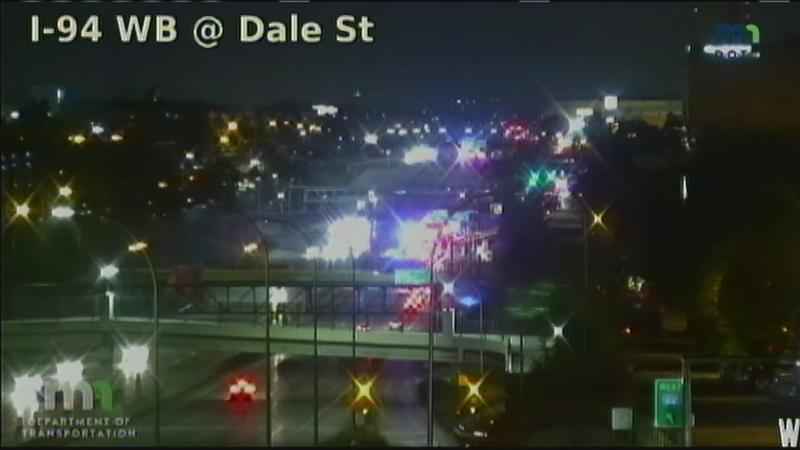 A woman is facing charges after she drove erratically and pointed a fake gun at a Minnesota State Patrol trooper during an encounter that caused Interstate 94 to be closed down late Saturday night in St. Paul.

According to the State Patrol, around 11:30 p.m., a state trooper encountered a Honda Accord that was preparing to exit from a parking lot in the wrong direction onto Concordia Avenue. The driver then made a U-turn and started heading east on Concordia, driving slowly while taking up two lanes before entering a closed construction zone near Hamline Avenue.

The driver, identified as a woman in her 70s, stepped out of the car and walked toward the trooper. She tried to get back in her car "after a brief interaction," but the trooper tried to stop her. She then showed what seemed to be a handgun and pointed it at the trooper, the State Patrol said. The woman then got back in her car and drove away.

The St. Paul Police Department later found the Accord abandoned at the intersection of St. Anthony Avenue and Pascal Street, just across the interstate from where she encountered the state trooper. The driver was spotted on the Pascal Street bridge over I-94.

I-94 was then closed down from Lexington Parkway to Snelling Avenue for hours "in the interest of public safety," the State Patrol said.

The woman was eventually arrested, and it was found that the handgun was not real.

She was taken to Regions Hospital for evaluation and will later be booked into the Ramsey County Jail on suspicion of threats of violence, second-degree assault, fleeing police in a motor vehicle and driving while impaired.