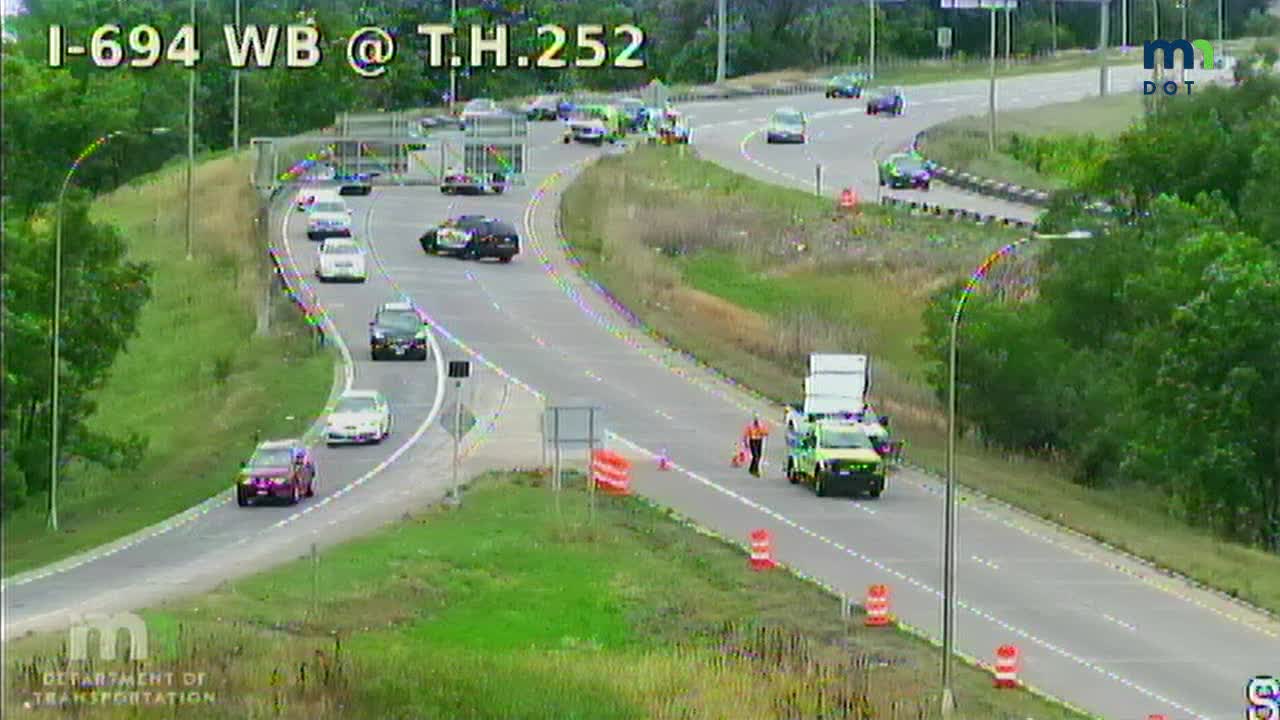 Interstate traffic was backed up in Brooklyn Center at midday Saturday for what Minnesota State Patrol confirms was a rollover crash.

A 5 EYEWITNESS NEWS photographer at the scene reported a number of first responder vehicles assisting and redirecting traffic at the cloverleaf interchange of Interstate 694, Interstate 94 and Highway 252.