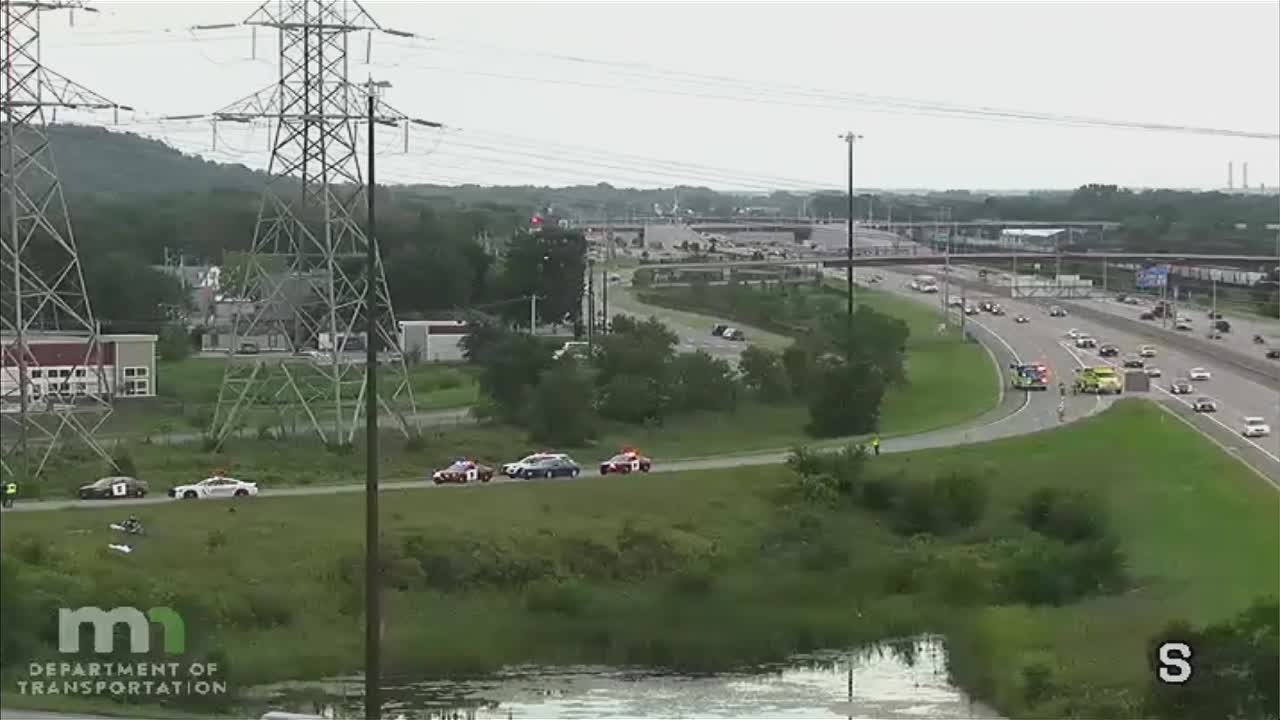 Emergency vehicles respond to a fatal crash on the exit ramp from Highway 61 to I-494 (Photo Courtesy: MnDOT).

UPDATE 8/27/22: The Ramsey County Medical Examiner has identified the two victims of a Friday night motorcycle crash in Newport.

Brandon and Kecia Mckeon, both age 41 and from Inver Grove Heights, died in the single-motorcycle crash at the exit ramp from Highway 61 to Interstate 494.

The Minnesota Department of Public Safety report says neither was wearing a helmet.

No further information is expected to be released.

An incident report says the crash happened around 6:23 p.m. in the northbound exit ramp of Highway 61 to I-494.

The motorcycle’s driver lost control and veered off the road, then the bike rolled and came to rest in the grass median, according to authorities.

The report lists two people, a 41-year-old man and a 41-year-old woman, as the driver and passenger. Both were reportedly killed in the crash.

More information on the crash is expected to be released at noon on Saturday.