1 killed, 1 seriously injured in 7-vehicle crash on I-94 in Rogers 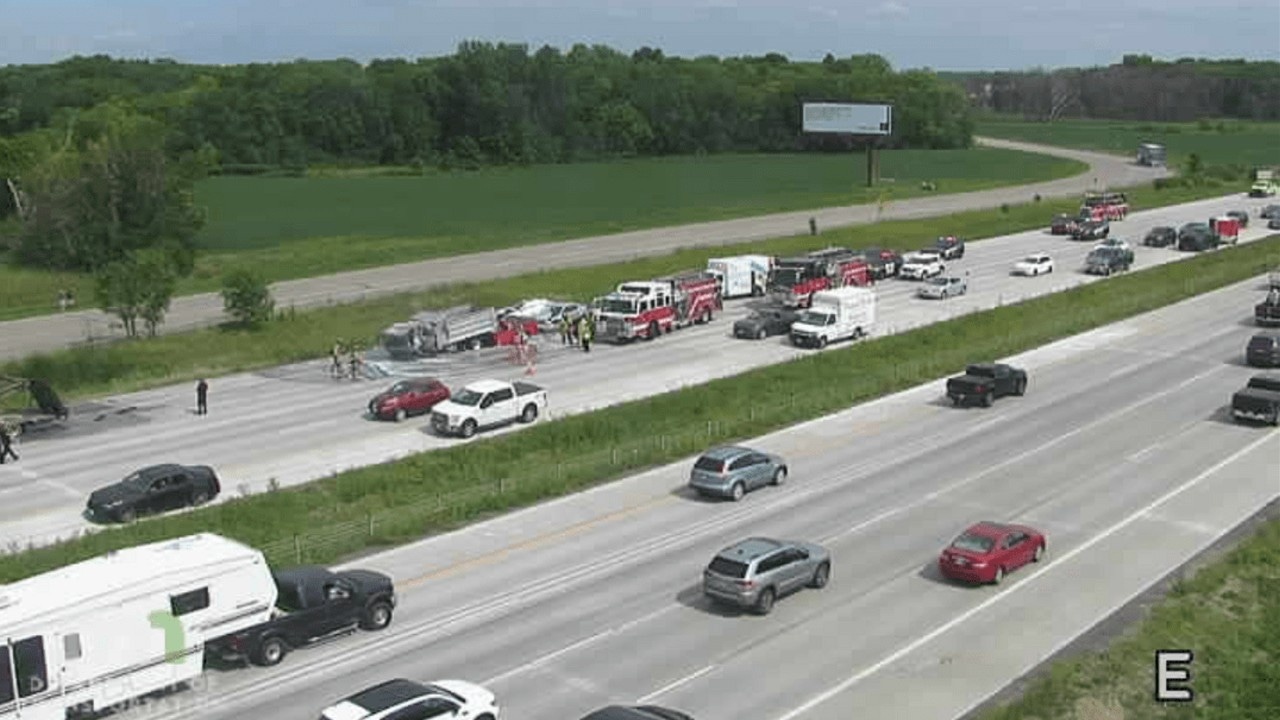 The Minnesota State Patrol is investigating this crash on I-94 near Highway 101 in Rogers on Aug. 22, 2022, as a fatal crash. (Minnesota traffic cameras)

UPDATE: One person died and another was seriously injured in a crash involving seven vehicles Monday afternoon in Rogers.

The Minnesota State Patrol says the crash happened just before 3 p.m. in the westbound lanes of Interstate 94 near Highway 101.

According to the crash report, traffic was stopped in the right lane of I-94 when one vehicle was hit, causing a chain reaction and subsequent crashes.

While it’s still unclear exactly what started the incident, the occupants of six vehicles were uninjured. However, the driver of a 2016 Isuzu NPR commercial truck died and the 19-year-old passenger suffered life-threatening injuries, the crash report states.

The driver of the Isuzu was identified as 42-year-old Miguel Angel Deheza Perez, of Brooklyn Center.

Below is the original copy reporting the crash.

The Minnesota State Patrol is investigating a crash that took place on Monday afternoon.

Authorities say at least one person has died in a crash in Rogers.

The Minnesota State Patrol says the crash happened just before 3 p.m. in the westbound lanes of Interstate 94 near Highway 101 in Rogers.

The crash appears to have involved several vehicles but the exact circumstances haven’t yet been confirmed by law enforcement.

The crash is under investigation.

This is a developing story. 5 EYEWITNESS NEWS will update it as more information becomes available.