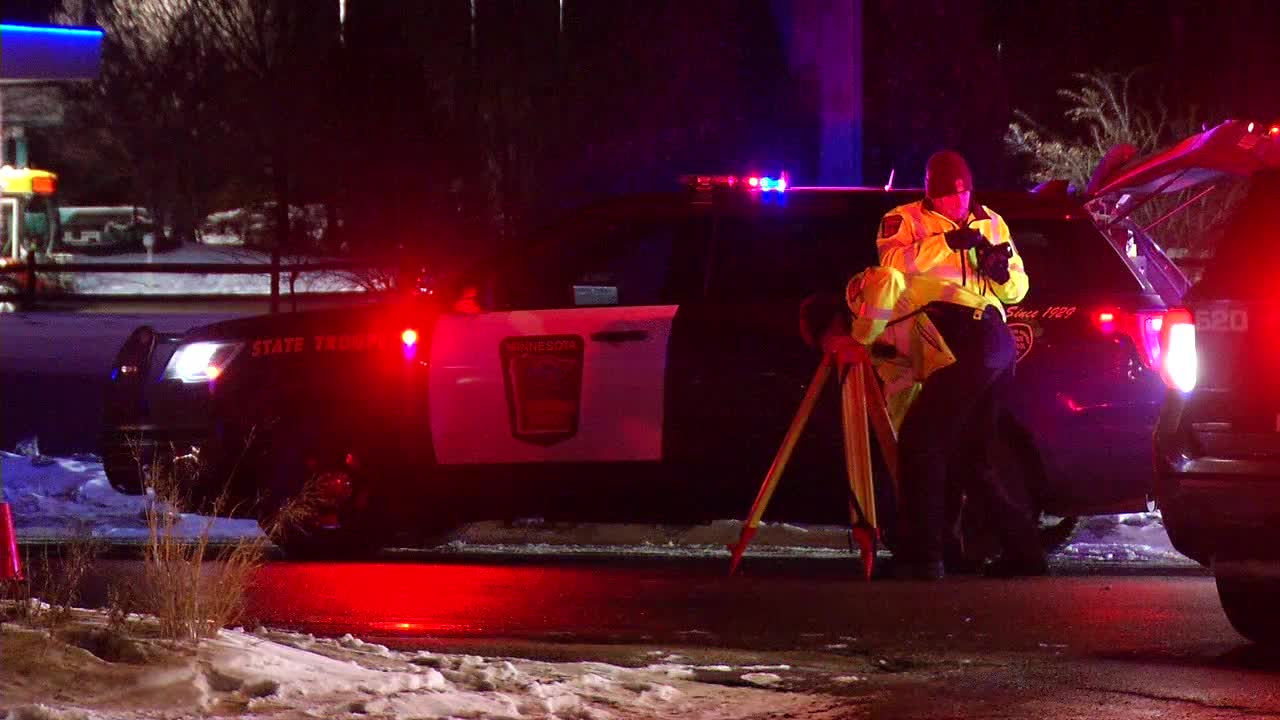 Minnesota state troopers respond to the scene of a crash that killed a pedestrian Monday, Dec. 5, 2022, on Highway 13 in Burnsville. (KSTP)

According to the Minnesota State Patrol, the pedestrian has been identified as 39-year-old Jacob John Witt.

Witt was said to have been hit by a vehicle heading west on Highway 13 at Nicollet Avenue as he was walking north across the highway.

Road conditions were listed as being wet at the time of the crash, which happened just before 6 p.m.

The driver of the 2013 Ramp pickup truck, identified as an 18-year-old man from Prior Lake, wasn’t injured. Authorities say the driver didn’t have alcohol in his system.

As of this time, it isn’t clear if Witt had been using alcohol, or what happened in the moments before the crash.

INITIAL REPORT 12/5/2022 – The Minnesota State Patrol is investigating a fatal crash between a car and a pedestrian around 6 p.m. Monday in Burnsville.

According to State Patrol, a person was driving a Ram pickup truck westbound on Highway 13 near Nicollet Avenue when they hit a pedestrian who was crossing the highway.

State Patrol said more information will be released later on.

This is a developing story and more information will be added when it is available. Check back for updates.