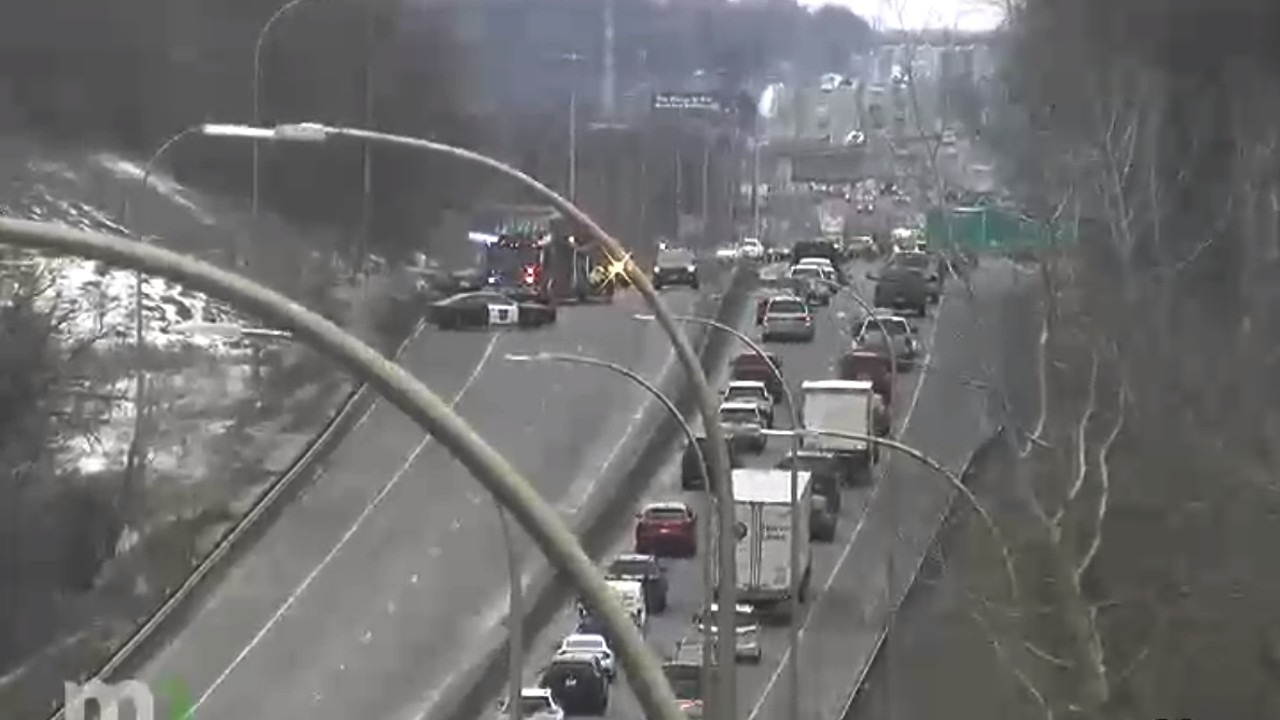 A MnDOT traffic camera shows first responders at the scene of a crash on southbound Highway 169 near Cedar Lake Road on Monday, Feb. 21, 2022.

The Minnesota State Patrol says the agency is investigating a fatal crash that happened Monday in St. Louis Park.

According to the State Patrol, the crash happened on southbound Highway 169 near Cedar Lake Road at about 12:22 p.m.

A 2004 Ford Explorer was just south of I-394 when it made contact with the left freeway wall and continued to travel south when it rolled.

The State Patrol report said a 64-year-old man from Medicine Lake, Minnesota died in the crash. On Tuesday, the agency identified the man as Stephen Olson, adding he was wearing a seat belt.

No passengers were listed in the State Patrol’s report.