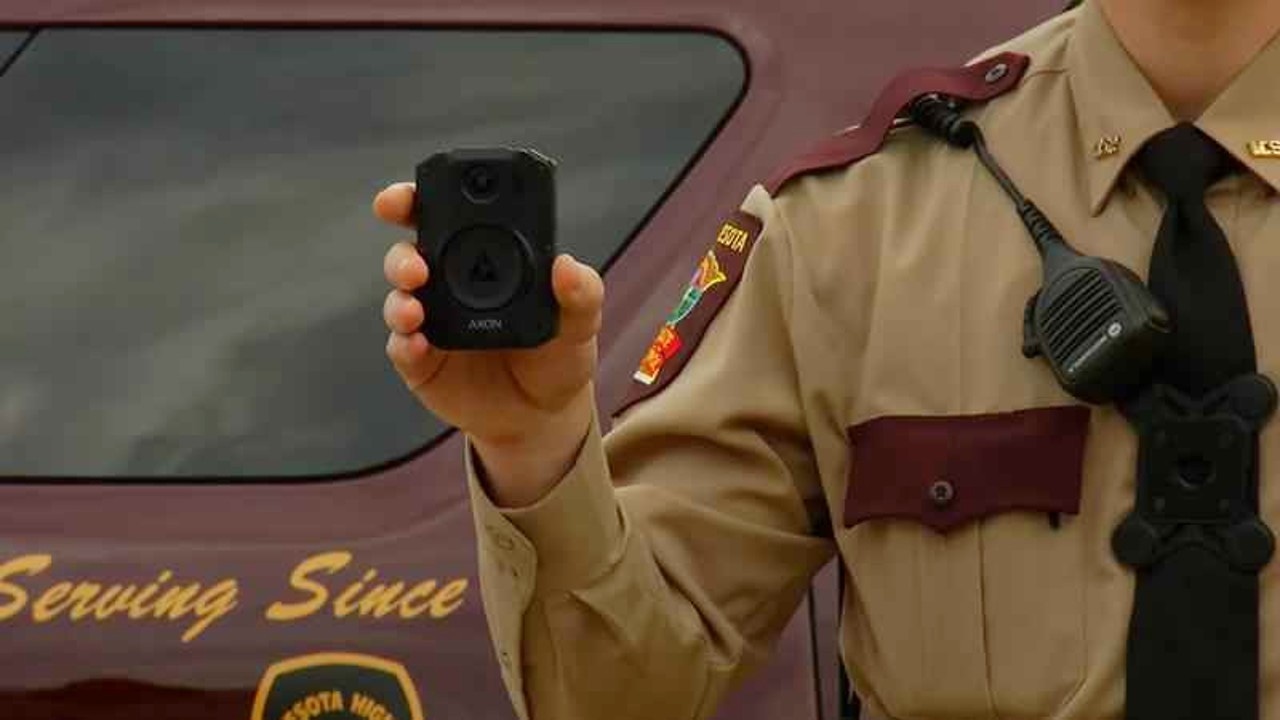 The Minnesota State Patrol shows one of its body cameras. (KSTP/FILE)

The Minnesota State Patrol says it has completed its body camera rollout project as scheduled.

The project began on Dec. 1, 2021. As part of the rollout, 705 body cameras were issued to patrol members — 613 to sworn members, 92 to non-sworn members — and 644 in-car camera systems were installed, the State Patrol says.

“Although we’d like to think every state trooper is perfect, we are human beings just like everyone else. Capturing interactions on body-worn cameras will help hold everyone accountable because they provide a record of what actually occurred between the trooper and the member of the public,” Col. Matt Langer, chief of the Minnesota State Patrol, said in a statement.

Last year, the Minnesota Legislature approved $8 million for cameras for all troopers, Capitol security and all other state law enforcement officers.