State Patrol: 9 injured after 7-vehicle crash on I-94 in Minneapolis 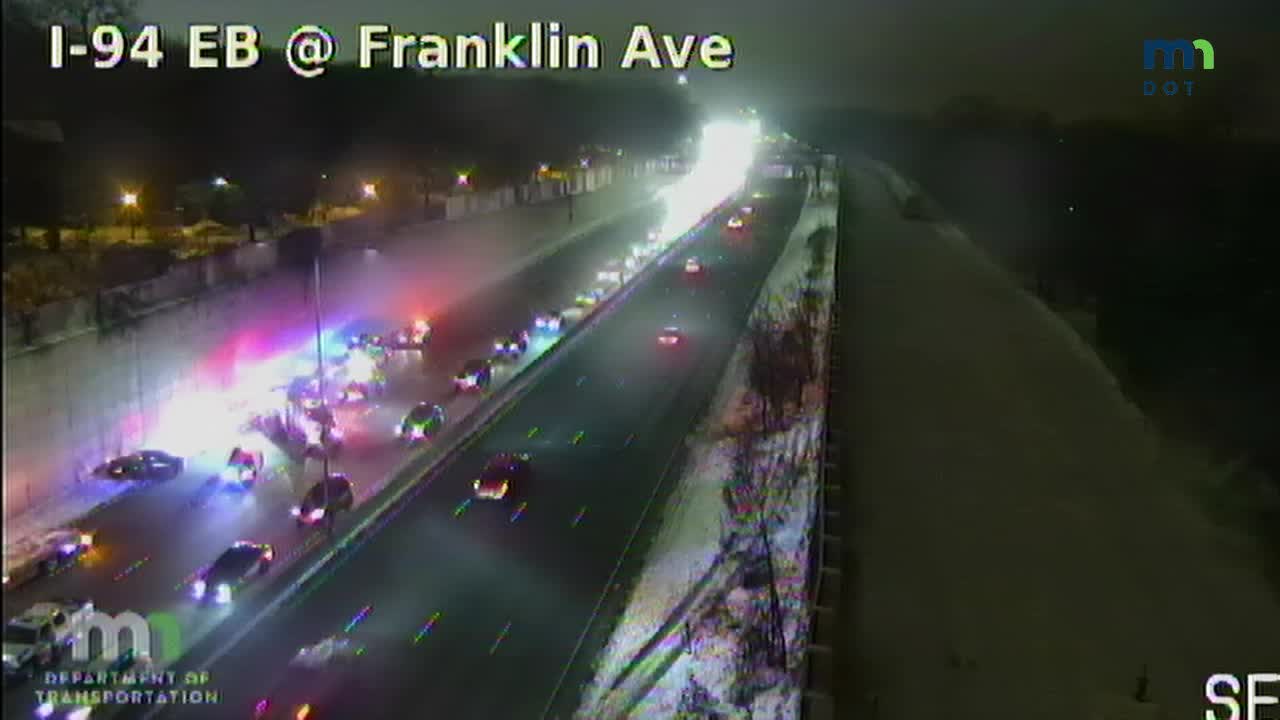 First responders took nine people to the hospital following a seven-vehicle crash Sunday night in Minneapolis, according to the Minnesota State Patrol.

Minnesota Department of Transportation cameras showed stalled traffic throughout the 8 and 9 p.m. hours on westbound Interstate 94 near the Franklin Avenue bridge. Find an image of the interstate after the crash at the bottom of the article.

The State Patrol says the crash happened in the area around 8:30 p.m. Sunday. Traffic has since cleared.

No one’s injuries were life-threatening. At this time, authorities have not identified any of the victims.

The State Patrol is investigating the cause of the crash. Check back for updates.