According to police, an officer initiated a traffic stop on a van after seeing it swerve out of its lane at around 4:36 p.m. The van exited Interstate 35E at Cayuga Street. The officer then saw expired license tabs on the vehicle and activated the squad’s emergency lights to get the van to pull over. The van continued and turned onto Westminster Street before pulling over.

Police said the driver of the van, a 26-year-old woman, then refused to roll the window down more than an inch and wouldn’t get out of the vehicle for a field sobriety test. The officer also smelled the odor of drugs in the car, according to police, and noted the driver’s license was suspended.

As officers continued talking with the driver, police said Rep. Thompson drove up and started yelling at officers and identified himself by handing out his business cards, which include his state representative title. He also mentioned his elected position during the conversation with officers.

Due to the driver’s unwillingness to cooperate and Thompson’s demeanor, the officers told the driver she could leave with Thompson, who police said is her father, and she’d be charged out of custody. 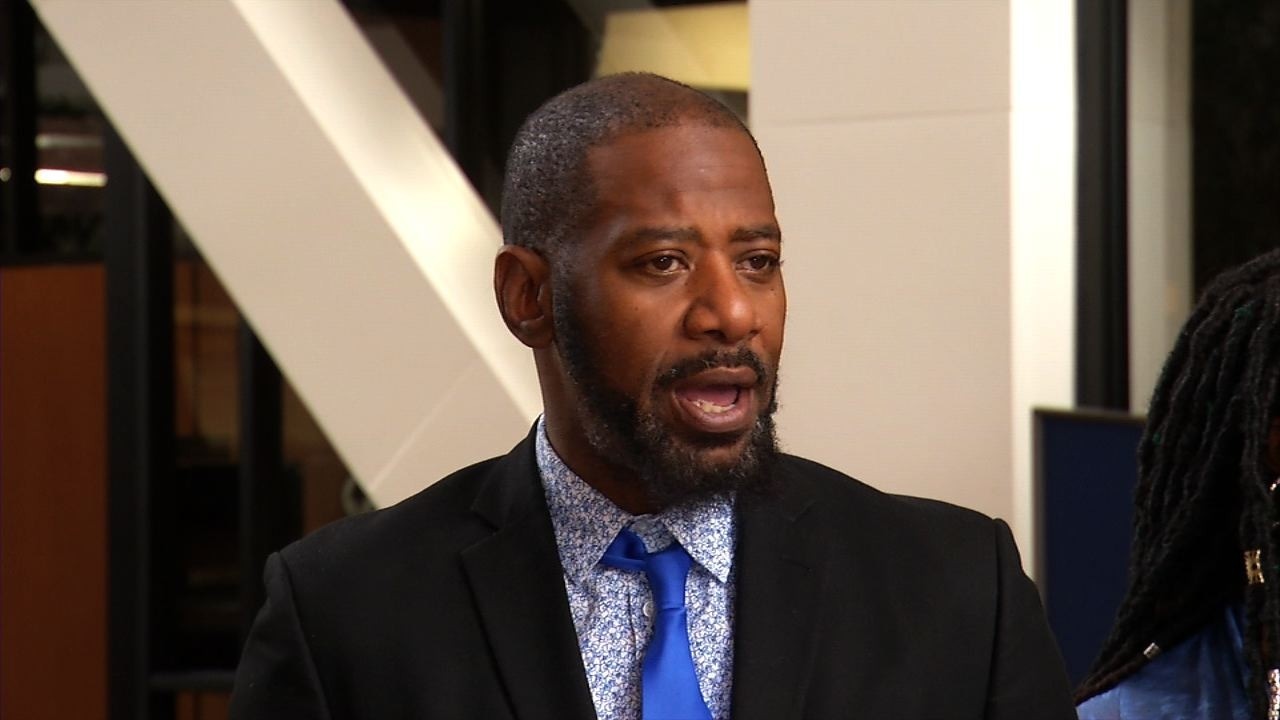 “It’s an absolute shame—that an elected official would attempt to intimidate and bully police officers, that he would misuse his official position, that officers doing their jobs should have to endure illegitimate claims of racism, that John Thompson is still serving in the Legislature,” Axtell said.

Axtell also encouraged Thompson or his daughter to allow the department to release body camera footage from officers to show what happened.

This comes less than a year after Thompson was pulled over in St. Paul for not having a front license plate. During the stop, Thompson accused the officer of racially profiling him.

After that incident, Axtell called for an apology from Thompson, who also had a suspended Wisconsin license at the time. The stop also led to questions over Thompson’s residency, and he was later expelled from the DFL Party but remains a state representative.

Monday, Axtell said his officers “were put in an incredibly difficult position and made the best decision they could at the time to de-escalate and avoid being unfairly vilified.”

Thompson issued the following statement to 5 EYEWITNESS NEWS on Tuesday:

“As an elected official I certainly would not attempt to misuse, intimidate or bully police officers with my official position. I responded as any concerned father would, arriving at a chaotic scene to help deal with my frightened daughter, who was having a verifiable mental health episode, which was triggered by the large presence of the SPPD. Additionally the law enforcement officers on scene treated me with the utmost respect and I want to highlight the exemplary job the officers did deescalating the situation. Thank you. I have faith the handling of my my daughter and I creates the standard of treatment going forward, when dealing w/ mental health issues.”