St. Paul police ask for help getting illegal guns off the street after encounter with armed teen 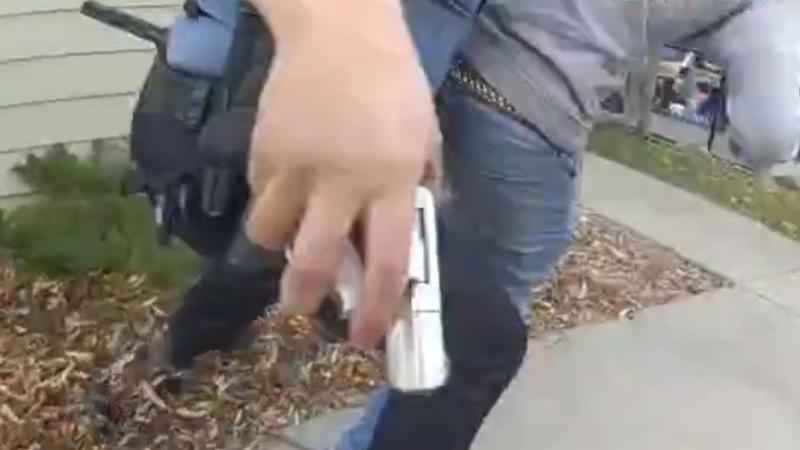 A struggle between St. Paul Police Department officers and an armed teenage suspect this week led the agency to call attention to the city’s "problem with young people making bad decisions."

In a Facebook post on Wednesday, the department said it has taken more than 480 guns off the streets through the first nine months of 2021. In that time, 164 people have been shot in St. Paul. In a plea to the city, police recounted an encounter with an illegally armed suspect Tuesday night in which officers averted what they called "a potential tragedy."

SPPD said around 6 p.m. Monday, officers responded to a report of vehicles racing through alleys. The officers found the vehicle — a silver Chevrolet Malibu — matching the caller’s description on the 600 block of Case Avenue in the city’s Payne-Phalen neighborhood.

When the officers pulled up in their squad, three males ran away. A fourth "nonchalantly leaned on the car." According to the post, the officers noticed a handgun with an extended magazine in the boy’s sweatshirt pocket. They reached for him, and he tried to run.

The post states that after the officers grabbed the boy, the gun fell out of his sweatshirt and onto the ground. At that point, he pulled a second gun — a silver revolver — from his waistband; an officer was able to get control of the gun before the suspect could fire it.

The department says the officers wrestled the suspect onto the ground as one of them tried to get his hands behind his back while the other one kept an eye on one of the guns that’d been dropped. After three minutes, the officers were able to get the suspect in handcuffs and both of his guns were secured — both had a round in the chamber, according to the police account of events.

Police say the 17-year-old suspect had been arrested seven times in St. Paul since April of last year: three times for gun crimes and once each for aggravated assault, burglary, occupied burglary and robbery. The suspect also had five outstanding felony warrants, including one for possession of an assault rifle.

"We all got lucky last night on the 600 block of Case Avenue. Nobody got shot, nobody got hurt," the post states. "These officers did an awesome job. Their work is a textbook example of how training pays off—sadly, entirely too often. But things could have ended very, very differently."

Police say the suspect was charged with two counts of possession of a firearm and one count of constructing the legal process in the encounter.

The department urged the public to share information on anyone who might be illegally carrying a handgun "before anyone else gets hurt."