Student activists walked out of classes at multiple schools in both Minneapolis and St. Paul on Tuesday in protest of a fatal police shooting.

The group MN Teen Activists organized the walkout event, asking students around the state to join in.

At Central High School in St. Paul, hundreds of students started walking out just after 11 a.m.  They were joined by students from around the metro to protest the shooting of Amir Locke and to ban no-knock warrants.

Students marched all the way to the governor’s residence but hope it doesn’t end there.

“I would like for everyone to be supportive and not just think we are skipping school.  We are actually trying to help change,” said Central High School sophomore Clarity Blackburn.

“Our message today is that we need to protect young black lives. We are humans, we deserve to live and we have hopes and dreams,” said Jerome Treadwell, the executive director of MN Teen Activists.

This protest is one in a series of demonstrations that have played out across the metro since Locke was killed last week. 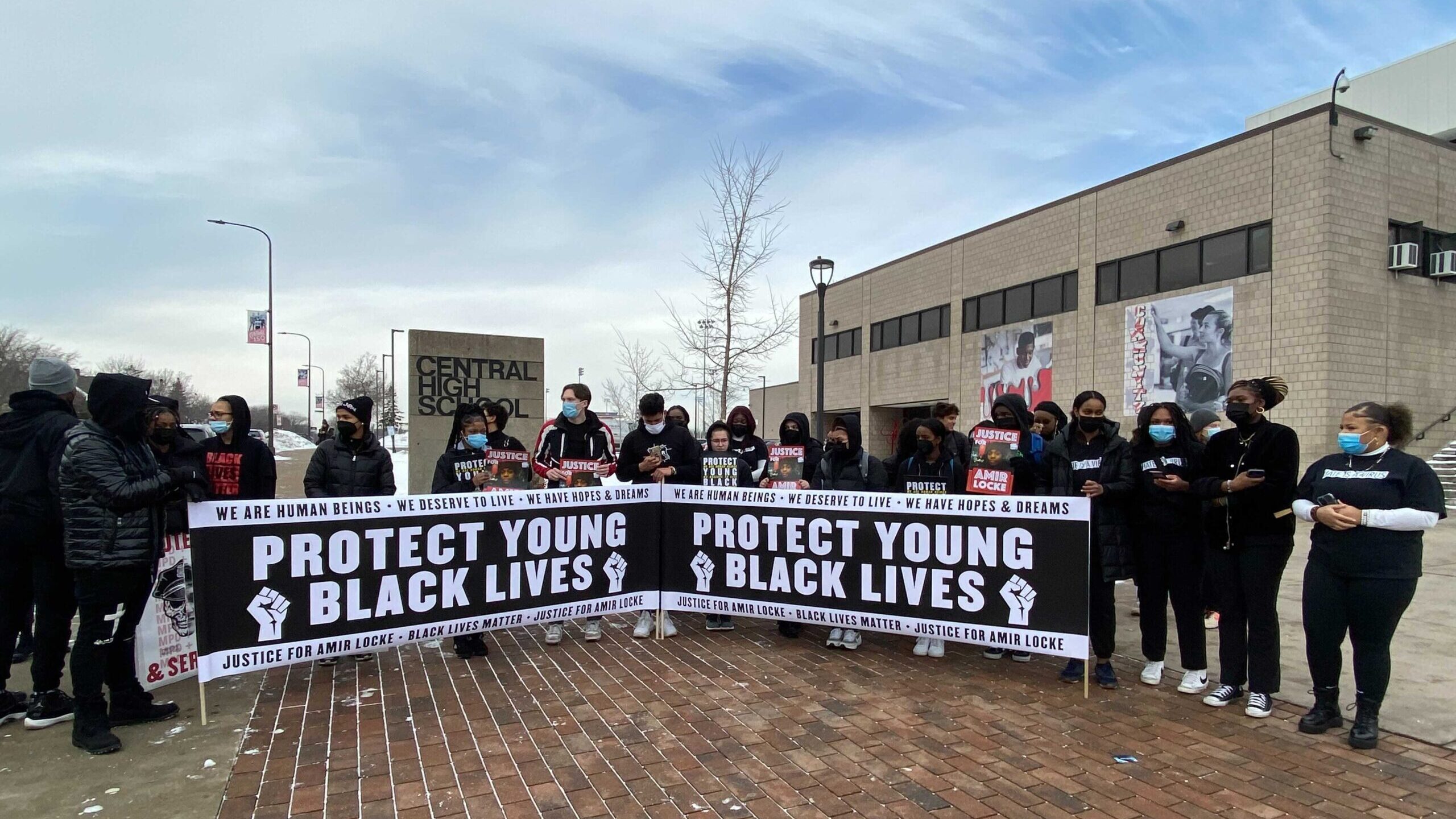 Student activists walked out of classes at multiple schools in both Minneapolis and St. Paul Tuesday, Feb. 8, 2022. (KSTP/ Andrea Lyon)

Those who are involved in the walkout called for justice and accountability in the 22-year-old’s death, as well as for the permanent banning of no-knock warrants.