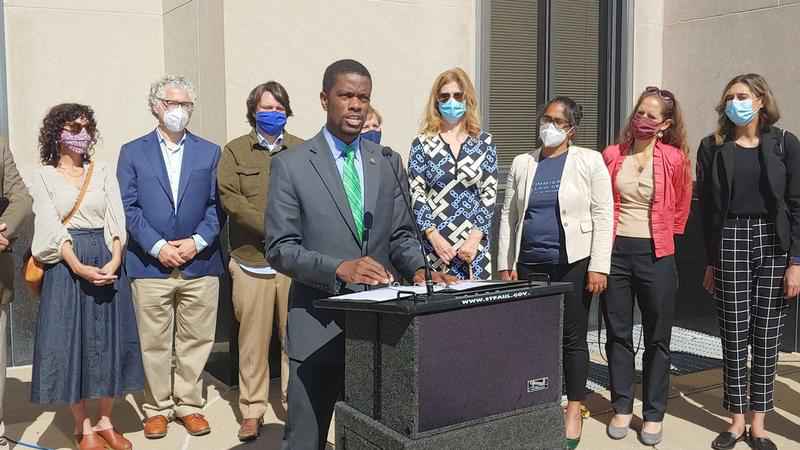 The efforts include continued investment in the city’s Immigrant Legal Defense Fund, a New American Loan Program for residents who want to go through the naturalization process and research to support expanded community engagement.

"Celebrating and supporting immigrants and refugees is vital to our city’s future," Carter said in a statement. "We’re moving forward together to realize this vision with our community as we continue rebuilding toward the brighter days ahead."

Led by the St. Paul Attorney’s Office, the "Welcoming St. Paul: Immigrant and Refugee Program" will help to integrate immigrants and refugees into the city. Representatives of the program plan to advocate on behalf of immigrant and refugee communities.

"’Welcoming St. Paul’ reflects our commitment to ensuring immigrants and refugees can access support, services and resources in our city," Assistant City Attorney Edmundo Lijo said in a statement. "Alongside our partners, the Immigrant Legal Defense Fund, New American Loan Program, new research findings from Gateways 4 Growth, and expanded engagement efforts will be vital as we continue working to support our community."

The city’s Immigrant Legal Defense Fund works to support residents who do not have legal representation, who are detained and face removal, and who earn less than 200% of the poverty guidelines.

The New American Loan Program—created in collaboration with Affinity Plus Federal Credit Union and the city—works to provide no-interest loans to residents to help pay fees related to naturalization applications and also works to ensure residents have access to financial resources, services and education.

"The New American Loan Program will not only help remove barriers and support a pathway to citizenship for residents, but will also help expand access to financial services, assistance, and education," Affinity Plus CEO Dave Larson said in a statement.

Researchers, meanwhile, released a report containing data gathered during the past 10 months on immigrant and refugee communities in the city.

The researchers found that immigrants make up approximately 19.9% of the city’s population and accounted for over 62% of population growth in the city between 2015 and 2019. Researchers also found that the immigrant population holds about $966.2 million in disposable income, or 14.7% of the city’s spending power, which has helped support local businesses. The St. Paul immigrant population also contributed $145.7 million to Social Security and $36.4 million to Medicare in 2019.

Researchers also found the immigrant population represents about 33.2% of the city’s entrepreneur base, as of 2019. Over 11% of the population runs their own businesses and generates $43.8 million in income.

City leaders said they plan to use the data compiled in the report to build the city’s inclusion strategy.

Those interested can learn more about the city’s efforts to support the immigrant and refugee population here.