St. Paul man charged with assault after chasing ex-girlfriend and crashing into her car repeatedly 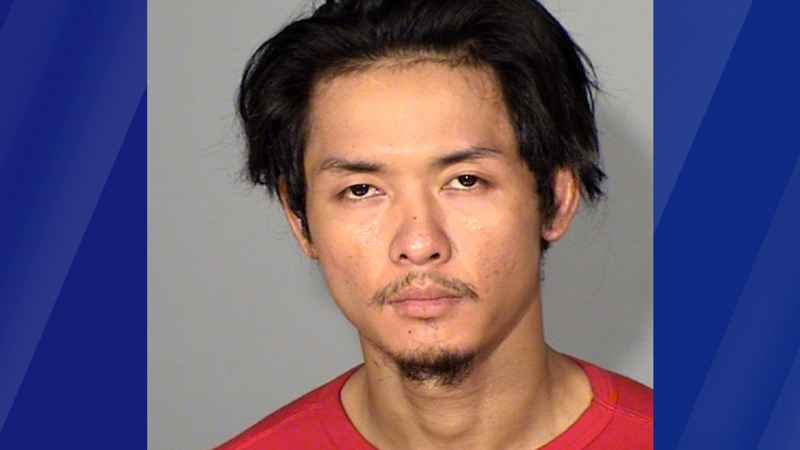 A St. Paul man is facing three felonies after crashing a car into his ex-girlfriend’s multiple times, giving chase and throwing a tire iron at her.

Aung Toe Lay, 31, is charged with two counts of second-degree assault with a dangerous weapon and one count of threats of violence after chasing his ex-girlfriend, crashing into her car repeatedly and throwing a tire iron at her, according to court filings.

On Aug. 31 at 6:26 p.m., Roseville police responded to a call of domestic assault at County Road B and Rice Street.

Upon arriving, police learned that a woman had arrived home on Ivy Avenue in St. Paul with her boyfriend to find her ex, Lay, in her other car. Once Lay saw her, she quickly drove into a back alley out of fear, according to a criminal complaint. Lay proceeded to block her into the alley, but she managed to reverse away — Lay threw a tire iron at her.

The woman kept driving and Lay gave chase. She tried to stop at stop signs, but Lay kept slamming into the back of her car when she braked, the complaint states. She went north on Rice Street at a high rate of speed with Lay in pursuit and tried to make a U-turn but slid sideways into a driveway. The woman and her current partner fled on foot; Lay followed, getting out of the car and chasing them with a tire iron. He then smashed her windshield and threw the iron but missed her.

Lay then went back to the vehicle he was driving and took off on the wrong side of the road toward the passenger side of the woman’s car, the complaint states. She was able to move out of the way before Lay hit the car. He backed up and pointed the car at her; she ran. Lay backed over a traffic sign and drove south on Rice Street, fleeing.

A witness was leaving Cub Foods and saw commotion, including Lay throwing the tire iron at the woman, hitting her car with his multiple times and nearly missing her once, according to the complaint.

A friend helped the woman get away to "an unknown location" as she feared Lay may "return to get her."

At the scene, police noticed her car had "significant" damage and found the second car unoccupied and crashed near Ivy Avenue.