A 39-year-old St. Paul resident has been charged with arson after violating an order of protection, a subsequent police negotiation and allegedly setting a St. Paul apartment on fire, court records show.

At 11:50 p.m. Wednesday, St. Paul police responded to a violation of a protection order at an apartment in the 1500 block of Marion Street. Thigpen had shown up at a protected woman’s apartment but left before officers arrived and they cleared.

Police then returned an hour later as Thigpen had returned and locked himself in an apartment bedroom, refusing to come out. Officers got the woman out safely.

Thigpen told police he wanted them to kill him, according to a criminal complaint. He said he was armed with a gun and a knife and sent a photo of himself with a knife poised at his throat. 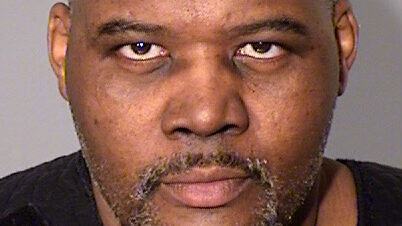 Police tried to negotiate with Thigpen but were unsuccessful and he started the room on fire, the complaint states, claiming he would “smoke himself out.” Smoke was billowing from the bedroom and Thigpen threatened to burn down the building, according to police.

Officers evacuated residents from the apartment building and buses came to provide them a warm place during the emergency, the complaint says.

Thigpen “eventually” exited the bedroom, still holding the knife to his neck, but surrendered the weapon and officers placed him under arrest, the complaint states. Police then tried to put out the fire but it was “out of control.” The St. Paul Fire Department responded to fight the flames.

The woman under the protection order’s cat died in the fire.

No one was injured, but the apartment’s landlord said several units were damaged and a section of the building has been condemned temporarily.

Thigpen remains in custody at Ramsey County Jail. He made his first appearance in court Friday. His bail is set at $80,000 and he has a hearing in March.