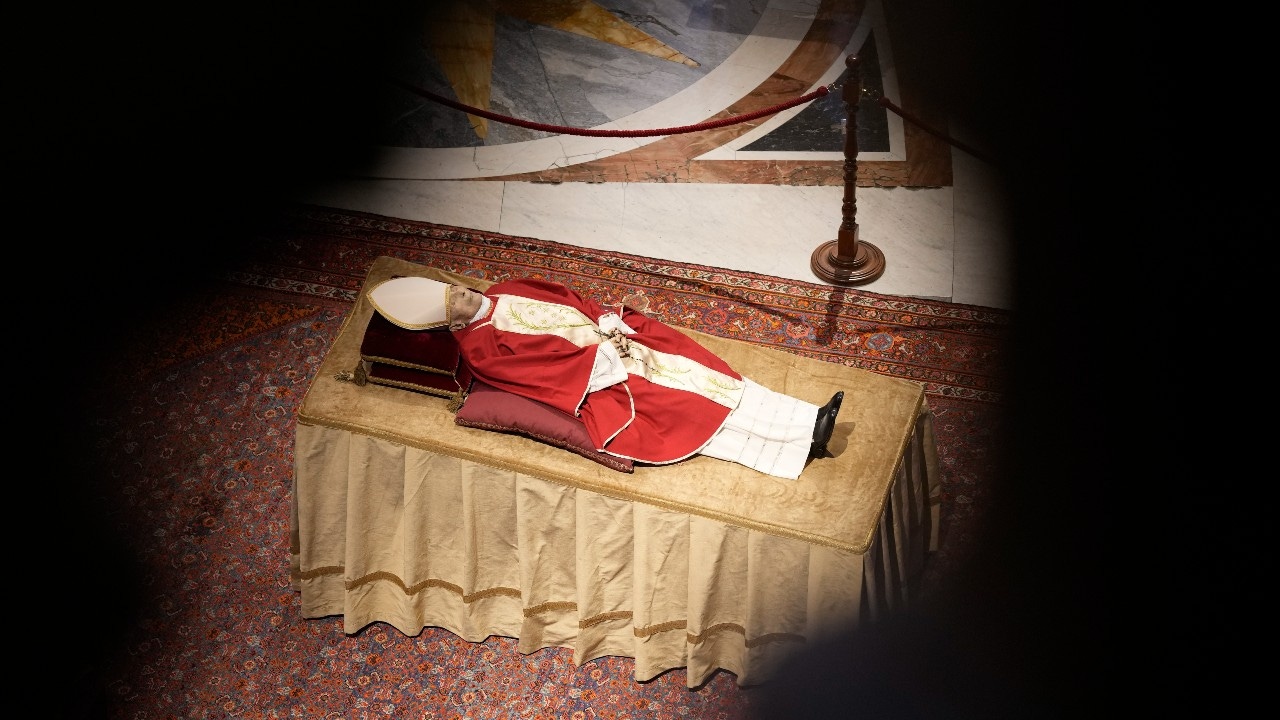 The body of late Pope Emeritus Benedict XVI is lied out in state inside St. Peter's Basilica at The Vatican, Tuesday, Jan. 3, 2023. Pope Benedict, the German theologian who will be remembered as the first pope in 600 years to resign, has died, the Vatican announced Saturday, Dec. 31, 2022. He was 95. (AP Photo/Andrew Medichini)

Leaders with the Archdiocese of St. Paul and Minneapolis say a mass scheduled to be held Wednesday to honor Pope Emeritus Benedict XVI has been postponed.

According to a spokesperson for the Archdiocese, the special mass has been postponed due to the weather and road conditions.

A new date and time for the mass have yet to be announced.

As previously reported, Pope Francis will preside over Benedict’s funeral on Thursday. Vatican officials are expected to put Benedict’s body in a cypress coffin late Wednesday, as well as a written summary of his papacy, coins minted during his time as pope, and his pallium stoles.

Benedict was elected pope in 2005 and resigned from the position in 2013, saying he no longer had the strength to lead the Catholic Church.