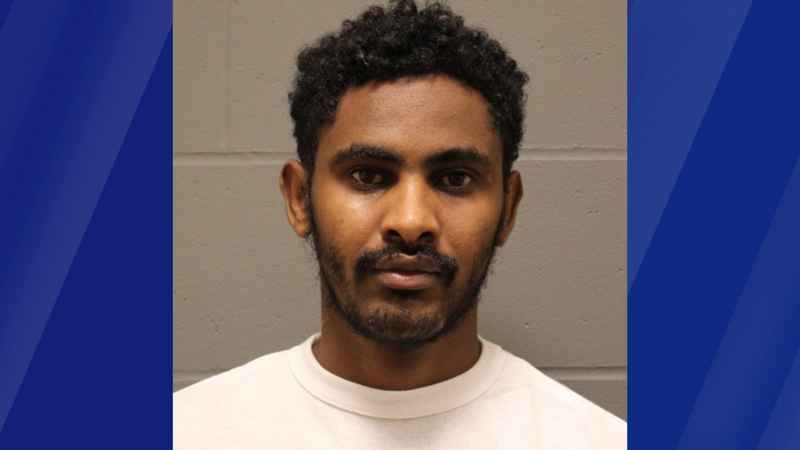 A St. Cloud man was sentenced to 30 years in prison for kidnapping and criminal sexual conduct charges Friday.

On Oct. 26, Abdirahin Omar Ali, 23, was convicted of four felonies: Three counts of first-degree criminal sexual conduct and one count of kidnapping, court records show. In a Stearns County court on Friday, he was sentenced to 360 months behind bars — the maximum sentence for the crimes, according to a press release.

The sentence includes a 10-year conditional release period after he serves his time in prison. He must also register as a predatory offender, the release said.

During his trial, the jury found "several aggravating factors" including threatening to kill the victim and multiple people taking part in the sexual assault, according to the release.

According to a criminal complaint, on Oct. 18, 2020, at 3:30 a.m., St. Cloud police responded to a report of a sexual assault near the 700 block of Sixth Avenue South. The victim told officers she was assaulted in a park.

The victim told police that she had gone to the Pickled Loon the night before the assault with friends, consumed alcohol and remembered walking out the front door of the restaurant to step outside, the complaint states. The next thing she remembered was being in a car with five Somali males who tried to kiss her despite her attempts to fend them off. The males passed around a bottle of Hennessy and tried to force the victim to drink from it multiple times while threatening her.

The group was in the car for about ten minutes and came to a park, according to the complaint. The men continued to physically threaten the victim, led her to a playground and threw her onto a slide where the sexual assault took place. Afterward, the men took the victim back to the car and continued to assault her, the complaint says.

The victim then remembers running from the vehicle toward houses to try and get help and a woman was able to help her. The victim got in contact with her friends, police were called and she was taken to the hospital, the complaint says. She said she didn’t know any of the assailants.

A second man, 25-year-old Sahal Abdi Hassan, was convicted of one count of first-degree criminal sexual conduct and one count of first-degree aiding and abetting criminal sexual conduct in February related to the case, court records show. He was sentenced to 15 years in prison, 10 years of conditional release and required to register as a predatory offender in April.