People from all across the country stop to see a towering landmark in Pine City.

The Voyageur Statue is a popular roadside attraction in Minnesota.

It’s hardwood history dates back to the 1930’s, when the owner of Anoka hotel had a giant redwood log brought from California to Minnesota as a tourist attraction.

Over the years the large log passed through many hands until it was donated to Pine City in the early 90’s.

“When you drive by this thing you don’t think it’s all that big, but when you get down here you realize it is that big,” Michael Sauer, who helped bring the statue to town said. “We were looking for some kind of a tourist attraction.” 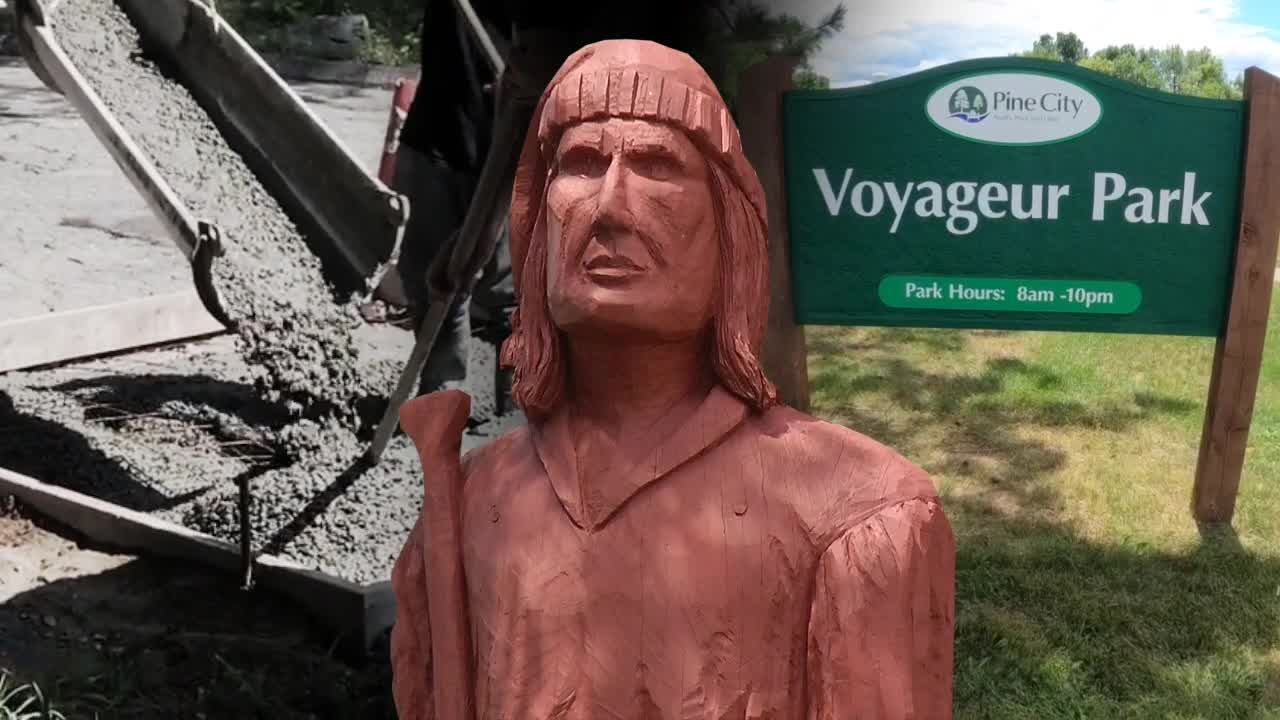 “He had the whole thing done in about three months,” Sauer said

The statue is known as the largest redwood sculpture in Minnesota and one of the largest in the country.