One town in Minnesota is known for a legendary landmark that stands tall and never melts.

Over the years, the North St. Paul snowman has become an icon with his cool image on street and city signs.

The snowman’s story begins in 1969. North St. Paul barber Lloyd Koesling took a family vacation to Disneyland. Koesling was so fascinated by crews building a statue there that when Lloyd returned home, he told the city council he could build a village symbol that would represent the city.

With steel, concrete and stucco, Koesling’s dream came true in 1974 when what is known as the world’s largest snowman was unveiled. It stands 44 feet tall, weighs 20 tons and his big smile reaches 16 feet across. He stands next to Highway 36.

"If they are traveling between Minneapolis or St. Paul to Stillwater, they are going to see it," Paul Anderson with the North St. Paul Historical Society Museum said, "It was quite an accomplishment. It became the official piece in North St. Paul." 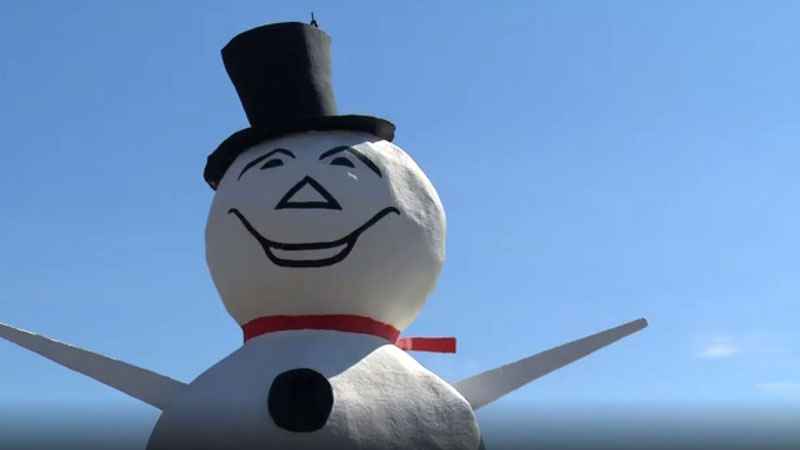