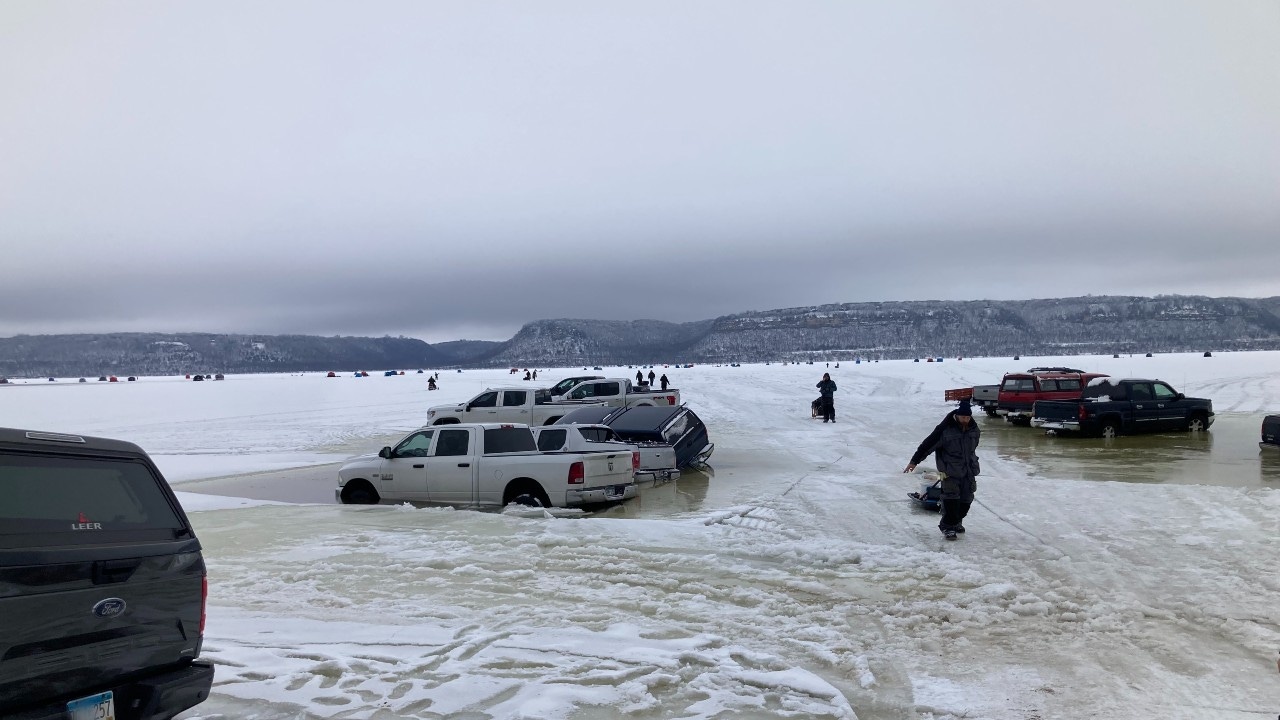 Despite thin ice signs posted in the area, six vehicles broke through the ice on Lake Pepin Saturday and had to be towed out of the water, according to the Goodhue County Sheriff’s Office.

Deputies received the report just before 11:20 a.m. that several vehicles had fallen through the ice at Methodist Beach on the Mississippi River/Lake Pepin.

Arriving deputies saw about 15 vehicles parked just off the boat launch area on the ice, according to a news release from the sheriff’s office. Six of those vehicles were partially submerged in the water after the ice broke and had to be towed out.

The other vehicles were able to be driven off without incident.

Ice safety tips from the DNR can be found here.