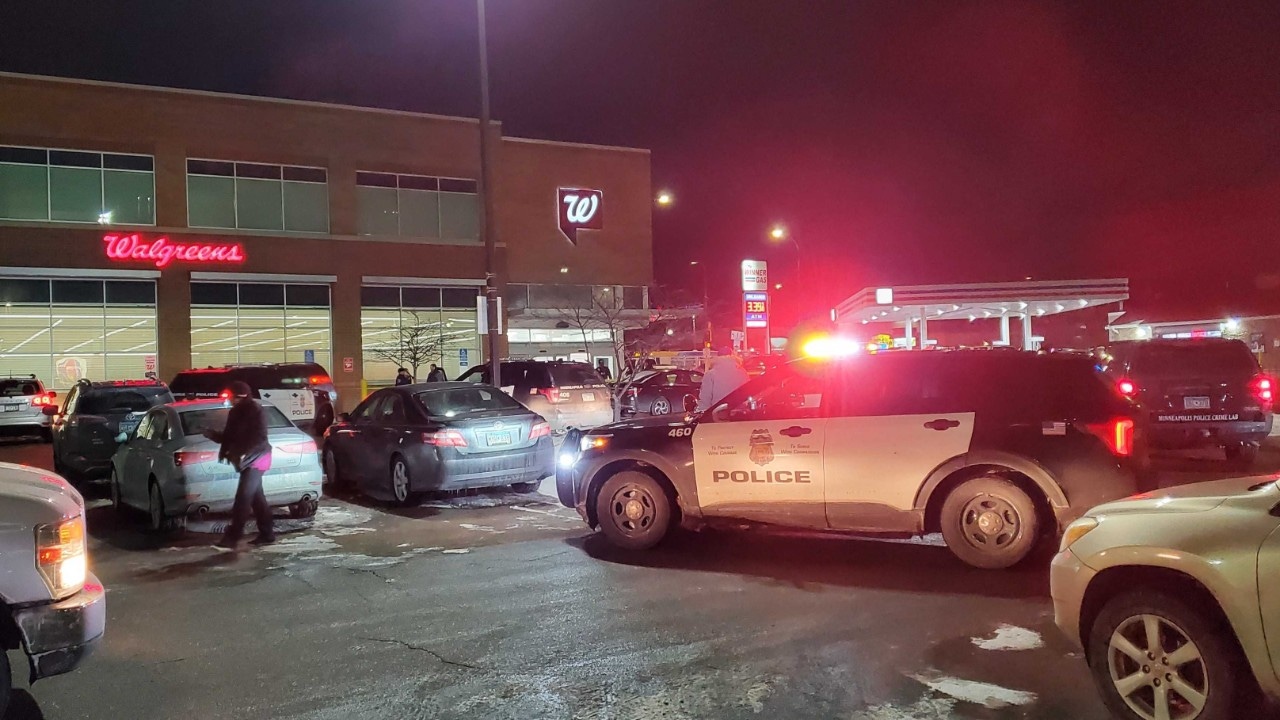 Minneapolis police vehicles are parked outside a Walgreens store where a man was shot and critically injured Monday, Feb. 14, 2022.

A man is hospitalized in critical condition after he was shot Monday evening at a Walgreens in north Minneapolis.

The shooting happened just before 6:15 p.m. at the store on West Broadway and North Lyndale avenues, said Officer Garrett Parten, spokesman for the Minneapolis Police Department. Officers responding to the shooting found a man who had been shot and performed first aid.

A crowd in the store “interfered with the efforts of paramedics,” Parten said, and backup officers from other precincts were called to get the crowd under control and make arrests. No details on the number of arrests were immediately available.

The victim was taken to the hospital in critical condition, Parten said.

A shooting suspect has not been taken into custody.

Anyone with information is asked to call Crime Stoppers at 800-222-8477 or submit an anonymous tip online.