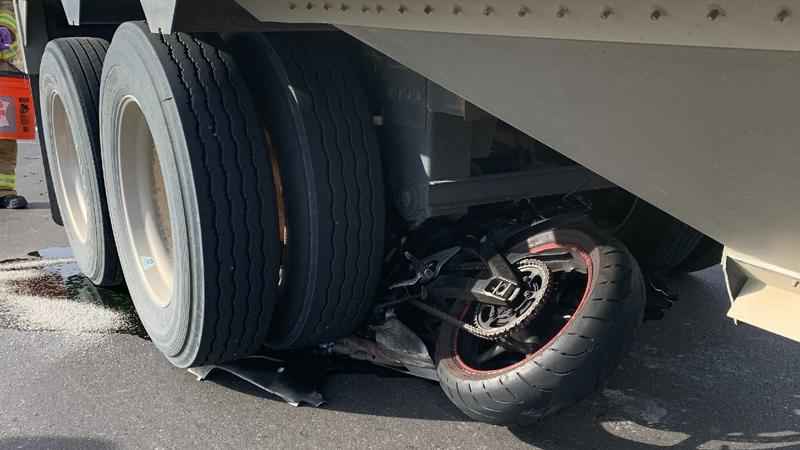 A man was taken to a hospital Monday morning after a crash in Carver County involving a stolen motorcycle and a semi-truck.

The Carver County Sheriff’s Office says deputies responded to a reported crash on Jonathan Carver Parkway and Highway 212 in Carver at 10:45 a.m.

At the scene, authorities found a 30-year-old motorcyclist from Minneapolis suffering from non-life-threatening injuries. He was taken to a hospital.

While investigating, authorities learned the motorcycle was reported stolen. It remains under investigation.