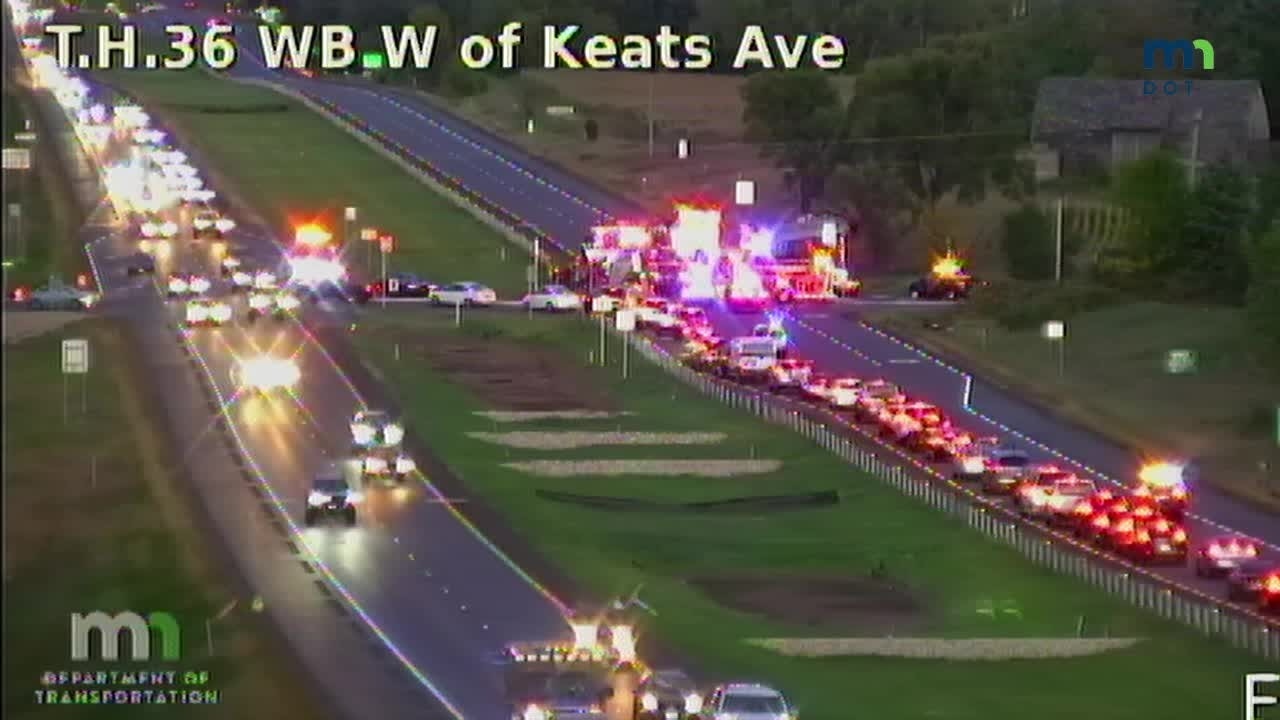 Eastbound lanes of Highway 36 have re-opened in Pine Springs after crews worked to clear a crash involving a semi.

Minnesota Department of Transportation traffic cameras showed a line of cars on the highway waiting to turn left at Keats Avenue North Monday as firetrucks blocked off the road in front of the crash scene.

According to the Minnesota State Patrol, a crash with another vehicle caused a semi-truck loaded with diesel to roll over.

No injuries stemming from the crash were believed to be life-threatening, the State Patrol said.

Eastbound lanes of Highway 36 were expected to be closed between Hilton Trail and Keats Avenue until about 2 a.m., according to MnDOT.

The State Patrol says initially, it was reported the semi was carrying 75,000 gallons of diesel, however that number was revised to 7,500 gallons Tuesday morning.