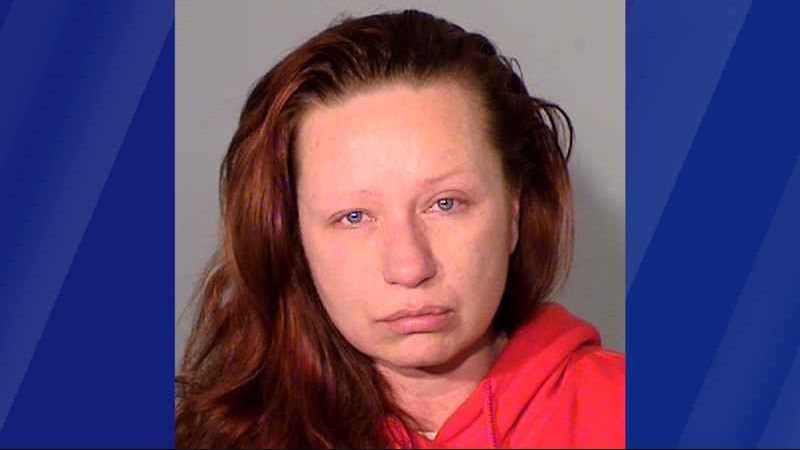 A woman was sentenced Thursday afternoon for one count of aiding and abetting first-degree aggravated robbery that stemmed from a fatal shooting during a robbery in St. Paul last year.

Court records show 38-year-old Danell Christner was sentenced to just over four years in prison. However, the judge presiding over the case credited her with 406 days served in jail, bringing her total prison sentence down to a three-year term. She will also have to pay more than $10,000 in fines.

Christner was also originally charged with aiding and abetting second-degree unintentional murder, but that was dropped as part of a plea deal.

As previously reported, Christner was among five people charged for the death of Alexander Christoff, who was shot at the business’ parking structure in August. Tarrance Hardie, Leneil Colbert, Franklin Spriggs and Anthony Pryor were also charged for Christoff’s death.

Those four have also been convicted of charges, and three of them have been sentenced.

Earlier this week, Pryor was ordered to serve 10 years and eight months in state prison; however, he will get credit for more than 15 months he has already spent in jail during court proceedings. Hardie was sentenced in July to just over 14 years in prison for one count of aiding and abetting second-degree unintentional murder. Spriggs was sentenced in June of 2022 to more than 20 years behind bars for aiding and abetting second-degree murder while committing a felony.

Meanwhile, Colbert was found guilty of one count of second-degree murder by a jury last month. His sentencing hearing is scheduled for Feb. 14, 2023.

According to a criminal complaint, Christoff had hired a sex worker on the evening of Aug. 28, who officers identified as Christner. Cellphone records indicate that immediately after Christner left Christoff’s hotel room, she called Colbert and told him that the victim had “a lot of money, a lot of drugs and a nice car,” and provided his room number. The complaint states that they called or texted one another at least nine times prior to the shooting.

Christoff’s friend, who had driven him to the hospital, told police that he was on the second floor of the garage — they were both staying at the hotel in separate rooms — when he saw a dark Mercedes-Benz drive by slowly and “check [him] out.” The car drove off, then he heard a crash, arguing, gunshots and moaning, the complaint states. The Mercedes-Benz then peeled out.

The friend went up a level in the garage and found Christoff lying facedown near the Audi’s open passenger’s side door. Christoff only groaned when his friend tried to ask who shot him, and after his phone didn’t work, he drove him to the hospital.

Surveillance video shows Pryor with a Colt .45 in the garage and nearby elevator appearing to have been in the suspect vehicle’s front passenger seat, court documents say. Video showed two others — Hardie and Spriggs — also with Pryor in the car, which was corroborated by GPS data.

The investigation determined that Hardie, Pryor and Spriggs had planned to rob Christoff of his money, drugs, jewelry and car, a complaint states. They blocked in Christoff’s Audi with their Mercedes-Benz, got out of the car to demand Christoff open his door, and when Christoff subsequently refused, Pryor shot him three times and killed him.

A bullet that entered Christoff’s right shoulder lacerated his right lung, diaphragm, liver and abdominal aorta, according to the Ramsey County Medical Examiner’s Office autopsy. A second bullet went through his right leg and the angles of both were consistent with a .45 caliber round. The examiner ruled that he died from exsanguination and that his death was a homicide.

After the shooting, Pryor went to a bar in downtown St. Paul — where he’d been with Hardie, Spriggs and Colbert before the shooting — carrying a white plastic bag and met Colbert.

During Christner’s and Colbert’s 53 plus text messages within an hour after the shooting, she told him that “a guy might be dead,” and he instructed her to ditch her phone, sell her car and move, a complaint says.

On Sept. 14, officers found the damaged Mercedes-Benz at a Hopkins autobody shop; employees said it had been dropped off on Sept. 2, a complaint says. They arrested Pryor on Sept. 15 in Apple Valley.

Pryor told police that a friend had asked him to help with the simple robbery and that it didn’t go according to plan, according to court documents. Pryor said that after refusing to open his door, Christoff reversed his Audi and crashed into the Mercedes; Pryor then fired three shots. He also said he tossed stolen items, his gun and his phone and burned his clothing from the night of the shooting. He also corroborated evidence that he, Hardie and Spriggs were together.