Sailors give back to community during Navy Week in Twin Cities

Sailors from across the fleet are in the metro to promote the importance of the Navy to the state of Minnesota.

Some sailors stopped by Open Arms of Minnesota in Minneapolis on Tuesday to help prepare meals for those in need.

The Navy says many in the Midwest aren’t used to seeing sailors and that’s why this week is so important.

"We want Americans to know that we’re not just a Navy service that goes out to sea, we actually contribute to the places we come from," U.S. Navy spokesman Isaiah Seller said. "What we do is we try to flood the streets with as many Navy sailors doing as many outreach and community engagement projects as possible." 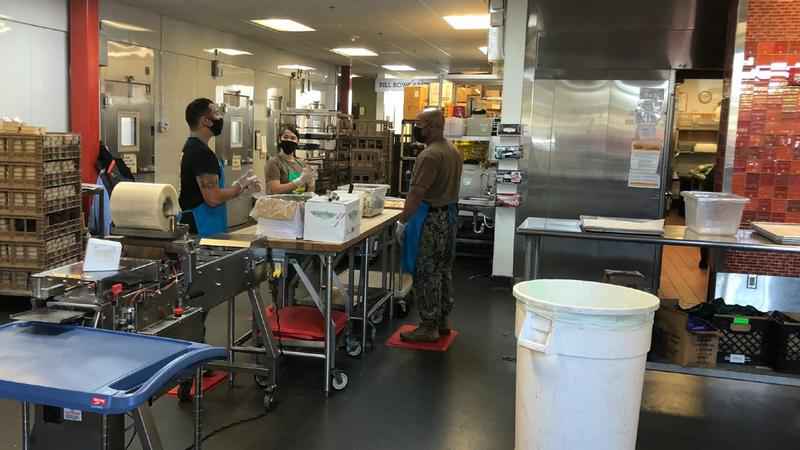 Sailors stop by Open Arms of Minnesota to help prepare meals for those in need on Tuesday, Sept. 28, 2021.[KSTP]

The Navy will be performing community outreach programs around the Twin Cities throughout the week.