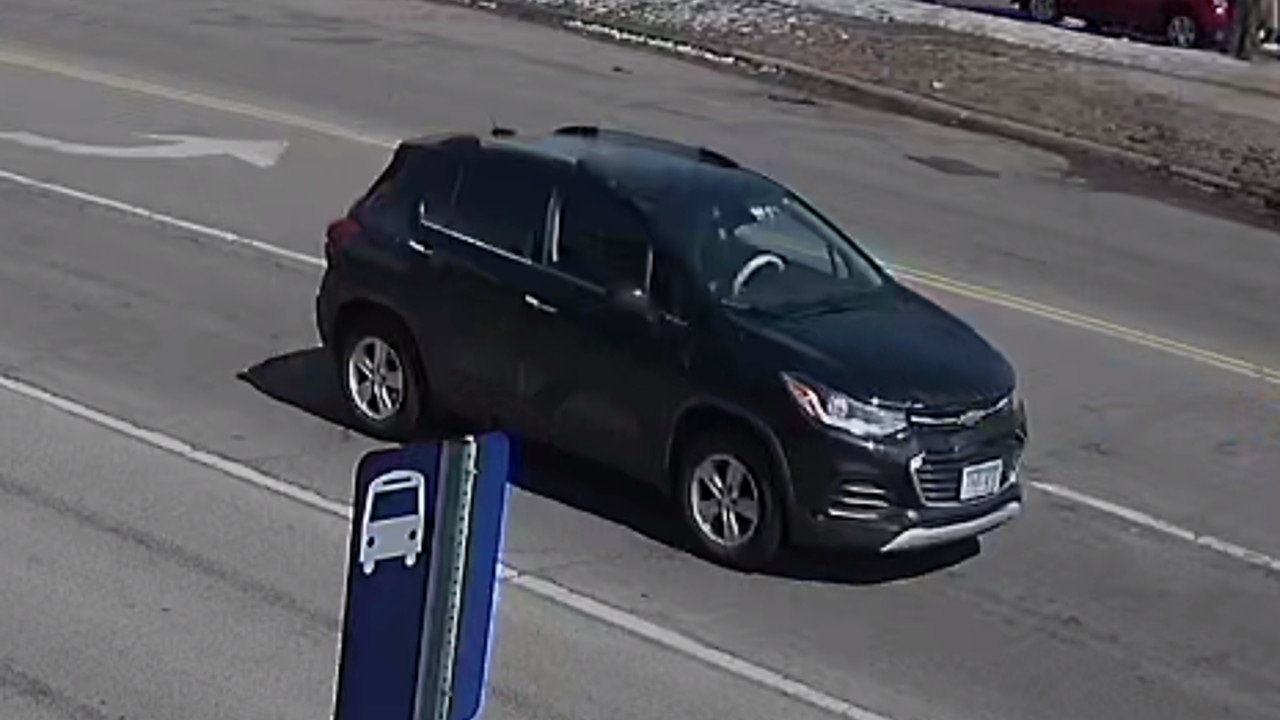 Police in Roseville are asking for the public’s help to find and identify a suspect in a shooting earlier this month.

The shooting happened at around 1:30 p.m. on April 1 on Rice Street, between Highway 36 and County Road B.

Roseville police say the 51-year-old victim told officers he was driving south on Rice Street and was stopped at a red light when a person in a black SUV pulled up, displayed a handgun, pointed it at the victim and shot through the door, hitting the victim in the thigh and arm.

The suspect is described as a Black man, between 25 and 30 years old, who was wearing golden glasses wth short twists or dreadlocks under a black stocking cap, per the victim’s account to police.

Police believe the suspect vehicle is a 2016 to 2022 black Chevrolet Trax with a Minnesota license plate.

“Senseless acts of violence within our community will not be tolerated. All who live, work, and travel through our city deserve to be safe and free from reckless gun violence. We will do everything in our power to identify and the suspect,” Roseville Deputy Police Chief Joe Adams said in a statement.

Anyone with information that could help police is asked to call 651-792-7008 or submit a tip online.