A month after announcing plans to bring four rescued lion cubs to a Minnesota animal rescue, the cubs have officially arrived at their new home.

The Wildcat Sanctuary, in Sandstone, announced the cubs’ arrival on Wednesday.

They were given their names by those in Ukraine who helped get the cubs out, and that’s what their names will be in Minnesota.

“These cubs have endured more in their short lives than any animal should,” Meredith Whitney, the wildlife rescue program manager at the International Fund for Animal Welfare (IFAW), said.

Working with IFAW, The Wildcat Sanctuary was able to get the necessary permits and arranged to bring the cubs to Sandstone, where the cubs will now be able to live together in an environment designed specially for lions. 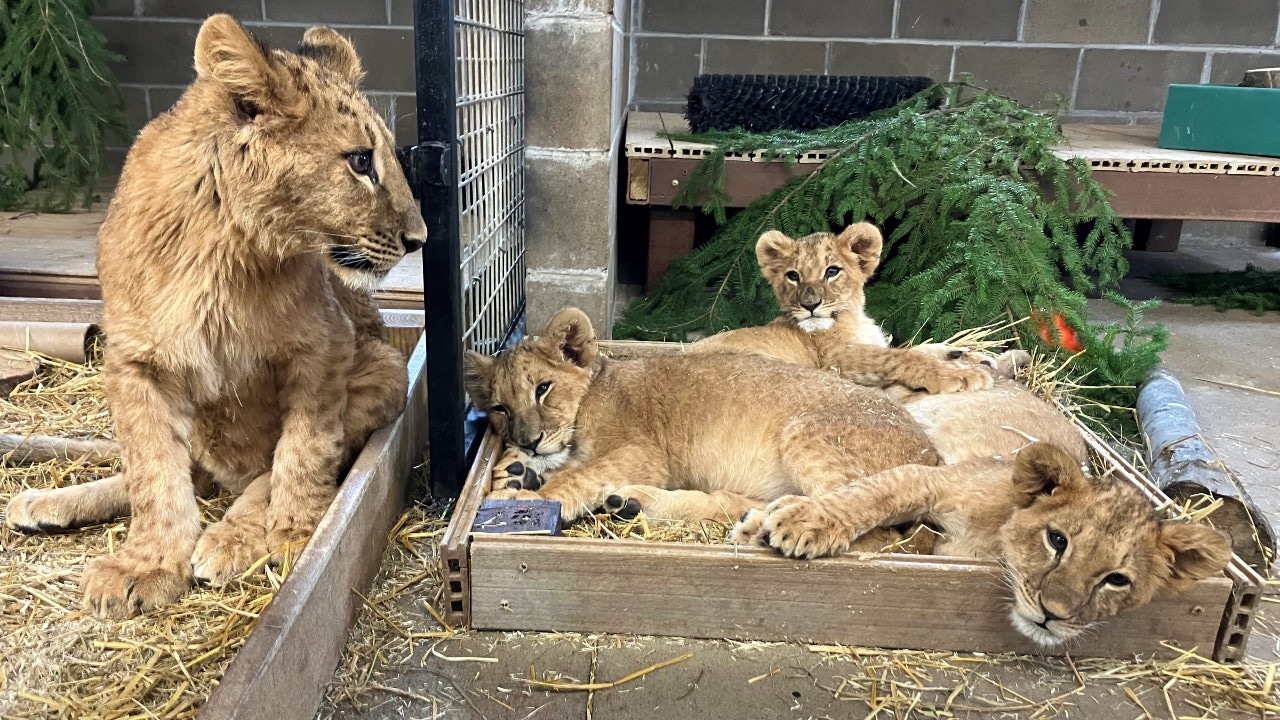 Lion cubs that were rescued from Ukraine are seen at their new home at The Wildcat Sanctuary in Sandstone on Nov. 30, 2022. (Jim O'Connell/KSTP-TV)

Whitney said the cubs were surrendered by owners in Ukraine after the power was knocked out by airstrikes.

The cubs need a special formula every three hours, and a rescuer had to use his arms and legs to warm their milk bottles.

“We’ve cared for 300 big cats at TWS and are acutely aware of the trauma many big cats around the world experience,” Tammy Thies, founder and executive director of The Wildcat Sanctuary, said. “From the moment IFAW reached out to request our partnership, we knew these cubs had found their forever home at our sanctuary. They have a custom, open space to explore and indoor comfy rooms where they can rest their tired bodies after their long journey.”

The cubs officially landed in Minnesota on Tuesday after a 12.5-hour flight. Tammy and her team then drove the lions back to the sanctuary, which is home to more than 100 big cats from around the globe.

For now, the lion cubs will stay inside, before exploring their new snowy home on the Pride Prairie in the coming days.

The Wildcat Sanctuary says anyone wanting to help provide care for the cubs can do so by becoming a sponsor parent or making a donation online.