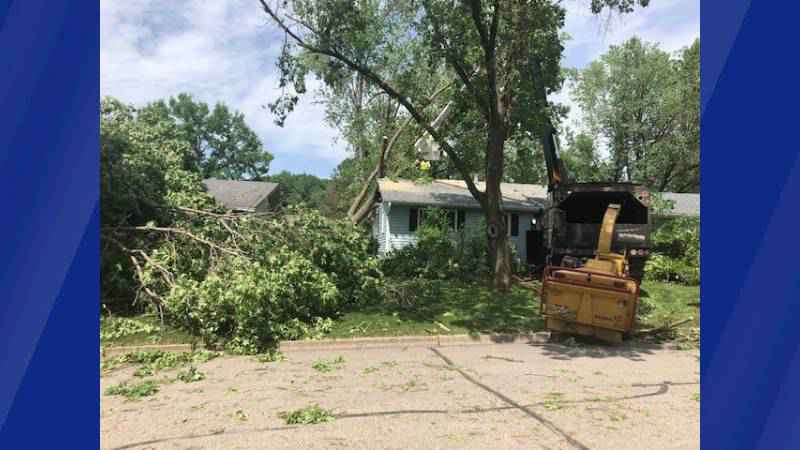 KSTP meteorologist Jonathan Yuhas says a recent storm report in Red Wing showed damaging winds that took down a lot of trees in the area.

Yuhas states wind gusts got up to 75 mph at Red Wing Regional Airport, which is located across the Mississippi River from Red Wing in Wisconsin.

Numerous trees were reported down on top of houses and vehicles. In addition, some power poles were also reported to have been knocked down by the winds.

KSTP sent a crew to Red Wing to document the storm damage. Take a look at some of the photos below.