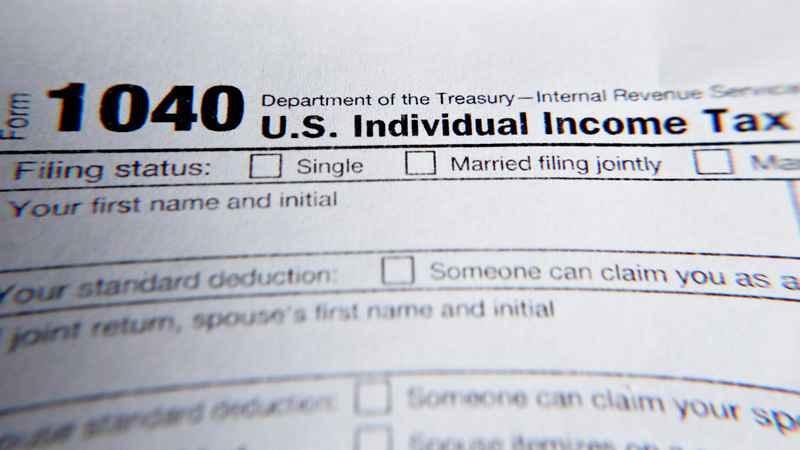 FILE - This Wednesday, Feb. 13, 2019 file photo shows part of a 1040 federal tax form printed from the Internal Revenue Service website, in Zelienople, Pa. Tax filing season will start a bit later and look a bit different this year. That’s because the pandemic that defined 2020 has seeped into tax time as well. If you worked from home, received a relief payment, took on some gig work or filed unemployment benefits _ or someone filed a fake claim in your name _ there are things you need to be aware of. Likewise if you normally receive certain tax credits. The IRS will begin accepting tax returns on Feb. 12, 2021.[AP Photo/Keith Srakocic, File]

A Red Wing man is charged with six felony counts after failing to file and pay income tax.

The criminal complaint stated, Olson failed to file his state income tax returns and failed to pay income tax for tax years 2017 through 2019. The complaint alleges that Olson is a professional walleye angler receiving non-employee compensation from several outdoor equipment suppliers as well as marketing and media companies. The complaint states that Olson earned enough income from these companies during those years to be required to file income tax returns and pay income tax in Minnesota.

According to the complaint, it is estimated that Olson owes over $54,500 in income tax, penalties and interest.

Each tax-related felony charge carries a maximum penalty of five years in prison, a $10,000 fine, or both. Defendants are presumed innocent unless and until proven guilty.

Although most taxpayers comply with tax laws voluntarily, the department takes enforcement action against noncompliant taxpayers to ensure that tax laws are administered fairly.