Demonstrators with the organization PETA (People for Ethical Treatment of Animals) demanded a man be charged for animal cruelty after chinchillas were seized from his ranch last year.

Protestors spoke outside of the Rice County Courthouse in Fairbault Friday and held photos showing sick and injured chinchillas they alleged were at the Moulton Chinchilla Ranch, owned and operated by Dan Moulton, near Chatfield.

Rice County Attorney John Fossum said his office reviewed the case six months ago and determined they did not have the authority to pursue any further charges.

Fossum said that the USDA had already taken action by fining Moulton $18,000 and revoking his license, which he said is “far worse” than any sentence that could come from misdemeanor animal cruelty charges. 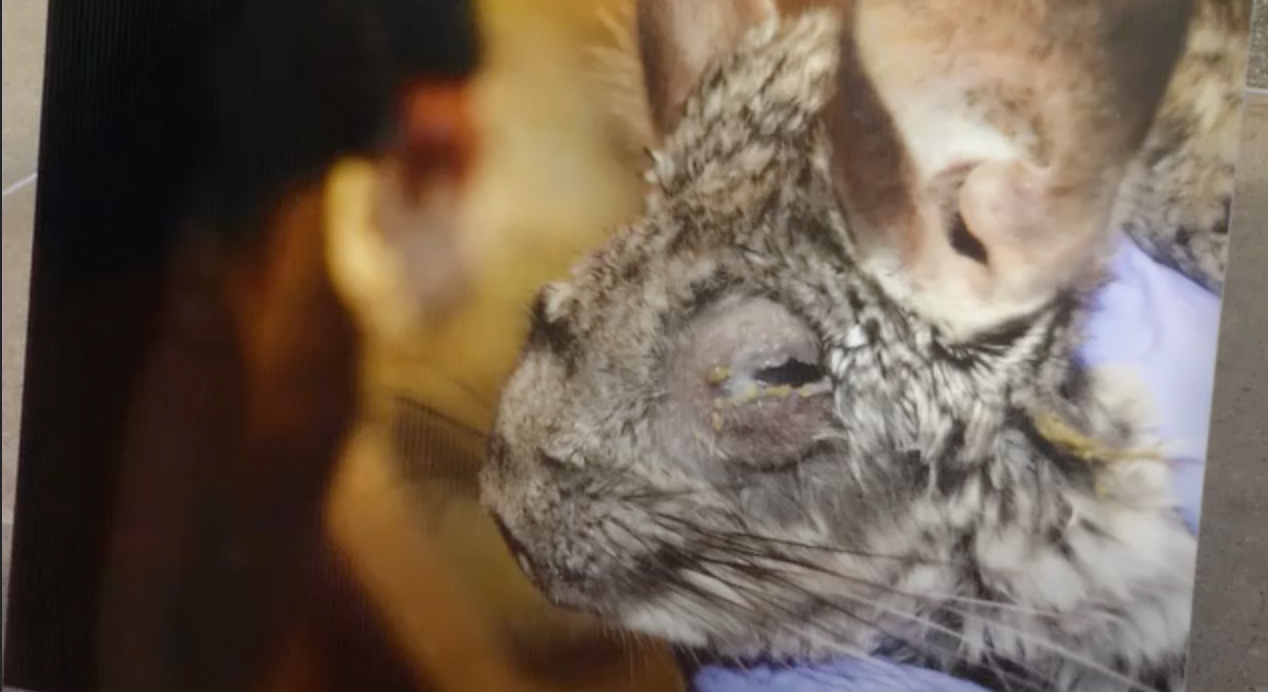 PETA provided a photo of a chinchilla they claim was neglected by Moulton Chinchilla Ranch.

PETA organizers said they stand against the decision to not charge Moulton with animal cruelty and claimed that he still has about 700 chinchillas at his ranch.

Moulton used to sell the chinchillas to universities and research facilities but can no longer do so after the USDA revoked his license.

According to Fossum, any new consideration of charges would first have to come from Fillmore County.

5 EYEWITNESS NEWS reached out to Moulton’s law firm and ranch but has yet to hear back.