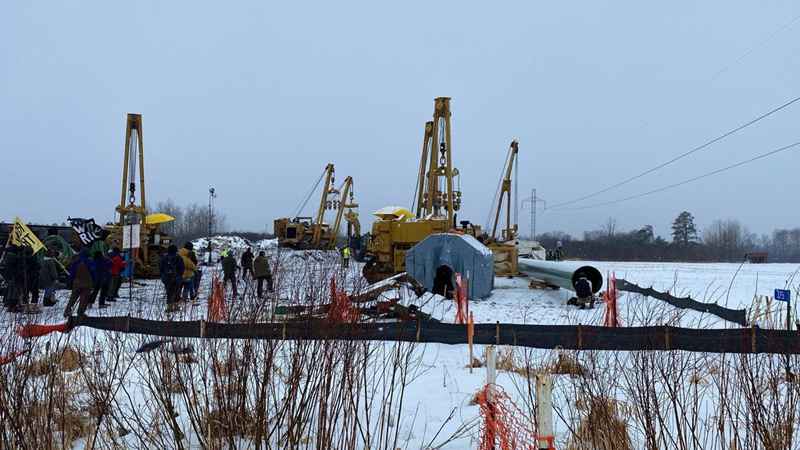 Thursday, individuals locked themselves together inside a pipe segment to protest the Enbridge Energy Line 3 oil pipeline replacement project.

This particular construction worksite is near the township of Backus. Enbridge crew members are currently working at several worksites as tribally-led lawsuits have yet to be heard and decided.

Line 3 starts in Alberta, Canada, and clips a corner of North Dakota before crossing northern Minnesota en route to Enbridge’s terminal in Superior, Wisconsin. The 337-mile line in Minnesota is the last step in replacing the deteriorating pipeline that was built in the 1960s.

However, some protesting say the project does not take into account environmental concerns and that culturally sacred sites lie in the path of the pipeline project.

Earlier this week, meanwhile, eight people were arrested in a protest to oppose construction.