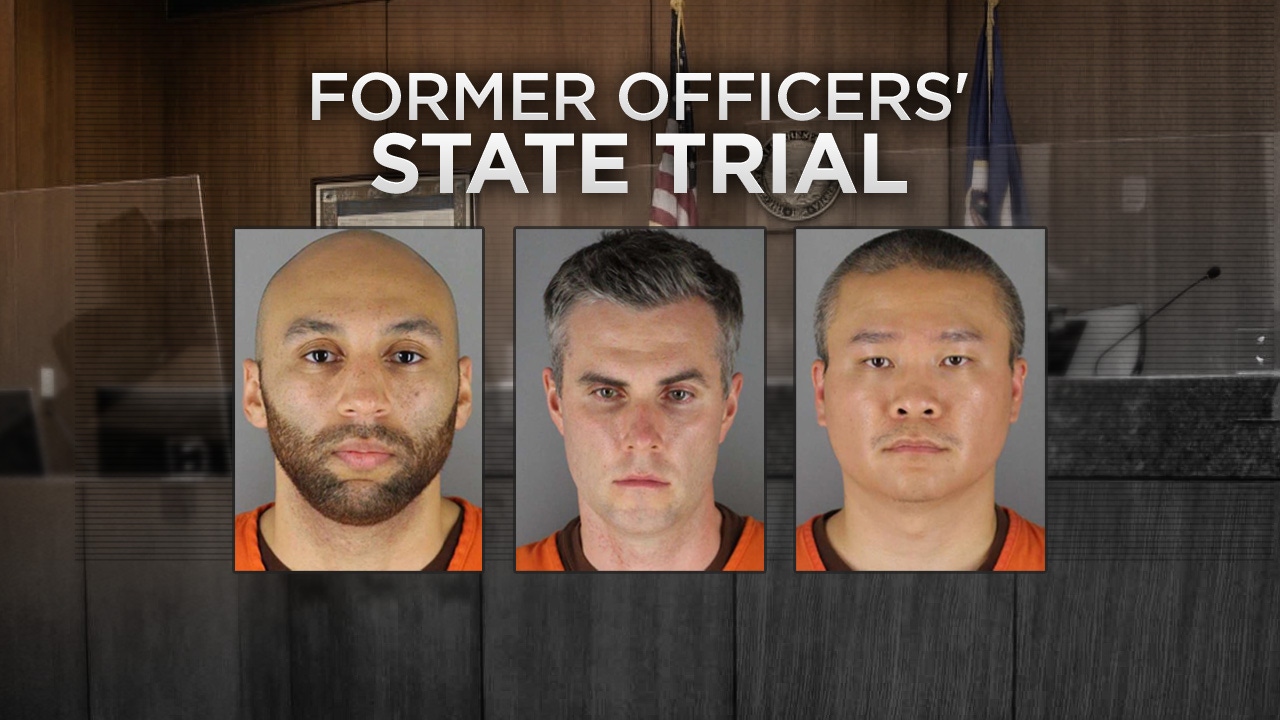 Monday, prosecutors released an amended list of witnesses who could be called to the stand during the state trial for three former Minneapolis police officers.

Nearly 400 names are on the amended witness list the prosecution has compiled in the case involving former officers J Alexander Kueng, Thomas Lane and Tou Thao, who are charged in George Floyd’s death.

Among the names on the prosecution’s list are members of the Minnesota Bureau of Criminal Apprehension, the Minneapolis Police Department, the Hennepin County Sheriff’s Office and the FBI.

The note accompanying the list, submitted by Minnesota Attorney General Keith Ellison, states, “if any other witnesses become known prior to the trial of this action, this list will be amended and a copy delivered to defense counsel.”

The state trial for the former officers has been continued to June 13.