Minnesota Gov. Tim Walz leads all six Republican candidates he matched up against in our latest KSTP/SurveyUSA poll, but the race is dramatically tighter than it was in December.

“There are a lot of undecideds,” notes Carleton College political analyst Steven Schier. “The governor is not close to 50% against any of the Republican candidates and so if the Republican Party can raise enough money and run a good campaign they have a serious chance of being highly competitive against the governor.”

In hypothetical head-to-head matchups against six Republican candidates (a seventh, Rich Stanek, was not included because he announced after the poll was conducted), the closest contest is between Walz and former Senator Scott Jensen. Walz leads 43% to 40%.

That’s a nine-point improvement for Jensen who trailed by 12 points in our December poll. Sen. Paul Gazelka, who stepped down as majority leader to run for governor, trails Walz by just five points, 42% to 37%,  after trailing by 13 in December.

“The governor is running in the low-to-mid-40s in these match races with Republicans which is not really safe territory,” says Schier.

In other races, Sen. Michelle Benson held steady, trailing Walz 45% to 37%, the same as December. Former congressional candidate Kendal Qualls, a newcomer to the governor’s race, also trails by eight points, 43% to 35%. 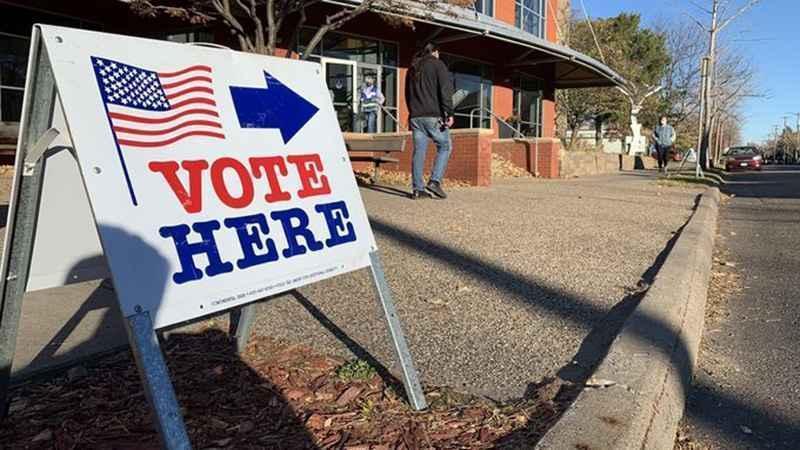 Two other candidates made gains in the race, but remain far back. Lexington Mayor Mike Murphy trails by nine points, 44% to 35% — a pickup of two points since December. Finally, Dr. Neil Shah is 11 points back, 45% to 34%, a big gain from down 17 two months ago.

The number of undecideds ranges from 10% to 16% in each hypothetical contest.

The “confidence interval,” similar to a margin of sampling error, is +/- 5.7%, meaning support for each candidate could be 5.7% higher or lower.

SurveyUSA interviewed a representative cross-section of 690 Minnesota adults online from Jan. 25-Jan., using a sample provided by Lucid Holdings LLC of New Orleans. Of the adults, 592 were registered to vote. Of the registered voters, 501 were identified by SurveyUSA as being likely to vote in the November 2022 general election and were asked questions in the survey. The pool of adult survey respondents was weighted to US Census targets for gender, age, race, education, and homeownership.

For this poll, 34% of respondents identified themselves as Democrats, 32% as Republicans and 27% as independents.