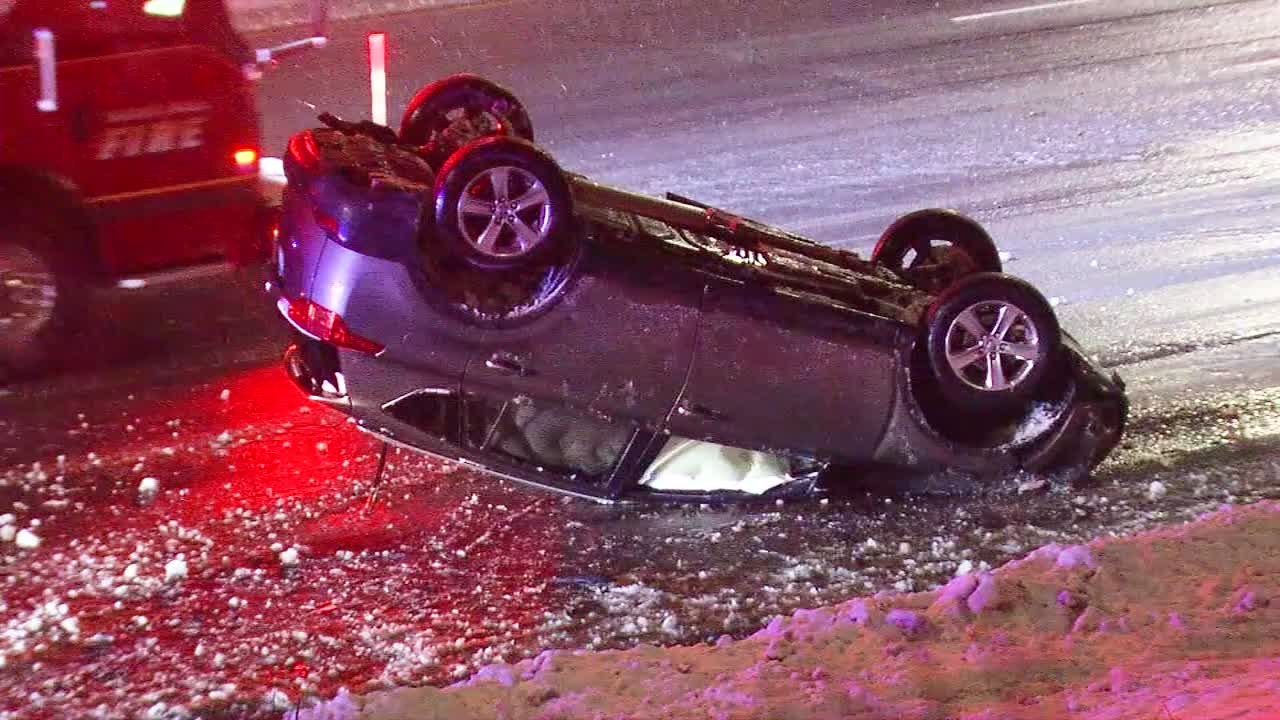 A stolen SUV ended up on its rooftop after crashing Monday night (KSTP).

St. Paul police say a woman is in custody after a rollover crash late Monday night involving a stolen SUV, adding officers witnessed a good Samaritan get carjacked by the driver of the crashed vehicle as they arrived.

The rollover crash happened around 11:10 p.m. in the eastbound lanes of I-94 near Lexington Parkway in St. Paul.

According to police, arriving officers witnessed a woman fighting with a good Samaritan who stopped to help. She then allegedly pulled the good Samaritan from their vehicle and used it to flee the crash scene by heading east on I-94. The woman was later identified as the driver of the crashed SUV, which had been reported as stolen out of St. Paul.

Police then chased the woman as she drove the good Samaritan’s vehicle. Minnesota State Patrol troopers and deputies from the Ramsey County Sheriff’s Office assisted in the pursuit. St. Paul police said in an e-mail that “different pursuit intervention techniques were utilized” before the vehicle was disabled and stopped at Frank Street and Phalen Boulevard.

The driver, identified by police as a 22-year-old woman, was arrested and booked into Ramsey County Jail on charges of aggravated robbery, fleeing police in a motor vehicle and driving under the influence.

St. Paul police say the good Samaritan was not injured.

Stop sticks and a pursuit intervention technique (PIT maneuver) were used to stop the vehicle, which ended up in a snow bank. Any further damage to the good Samaritan’s vehicle is unknown.